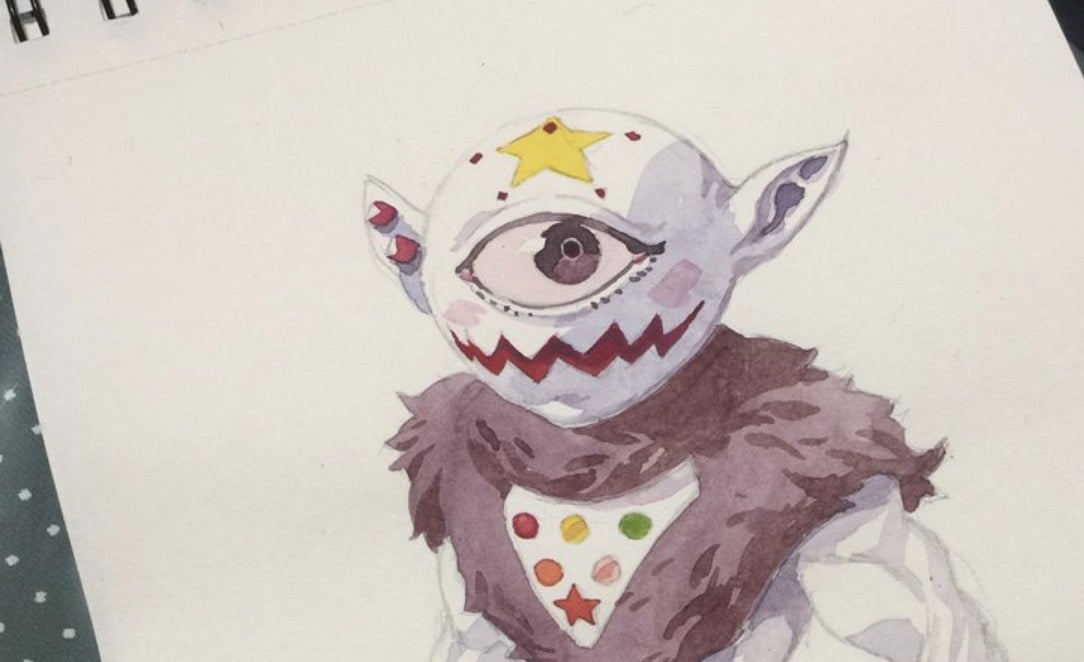 Children’s drawings are often dismissed as mere scribbles devoid of any real artistic value. However, one father took these doodles and remade them into fully detailed character designs.

Thomas Romain is a father, animator and artist. Although French-born, he now resides in Tokyo together with his family. He has done work for various anime titles including “Aria”, “Basquash!”, “Symphogear”, and “Space Dandy”.

RocketNews24 reports that his sons enjoy drawing up make-believe characters which they create on their own. It is from these children’s doodles that Romain found inspiration, turning the doodles into professional-grade works of art. He then publishes their works on Twitter under a designated series of tweets, as Father and Sons Design Workshop.

This little family project started just last Christmas. Romain’s eldest submitted his first artwork depicting a monocular alien. Dad then transformed the scribbles into a muscular anime character that would fit in well in the “Space Dandy” universe. 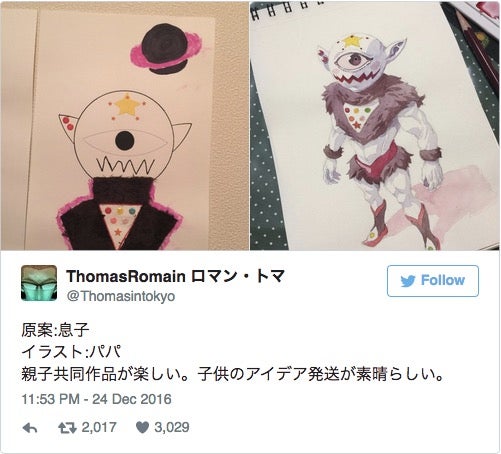 The second piece was a cyborg done up in a very 80s style of anime. 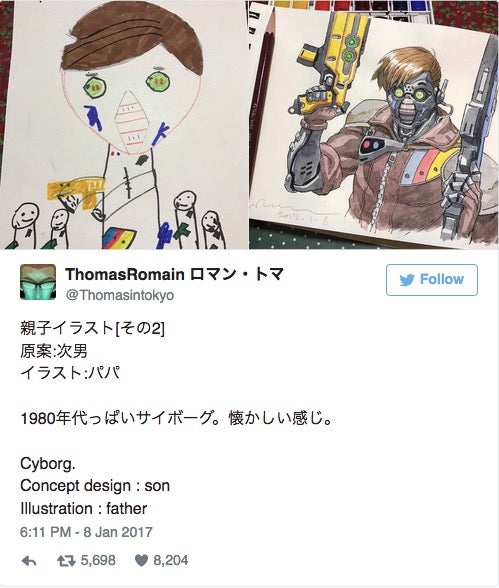 The third is a multi-armed magic knight wielding a blade of grimoire and a couple other swords. 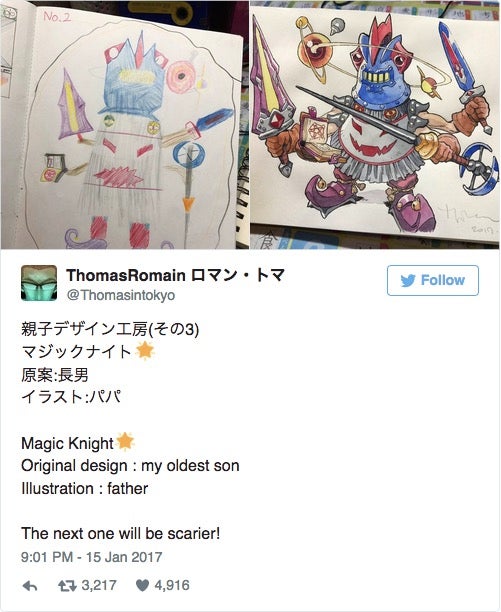 Finally the latest artwork was meant to be “scarier” as Romain said in an earlier tweet. Yet unless one has a particular aversion to needles, this red-robed character actually looks rather cool in a steampunk sort of way. Coincidentally, someone in Twitter happened to have a similar outfit. 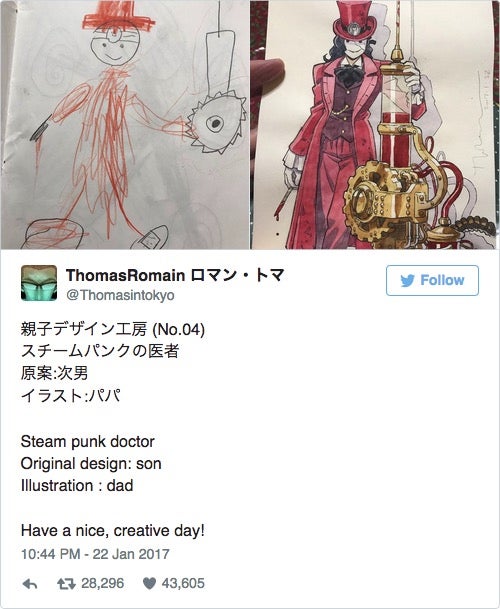 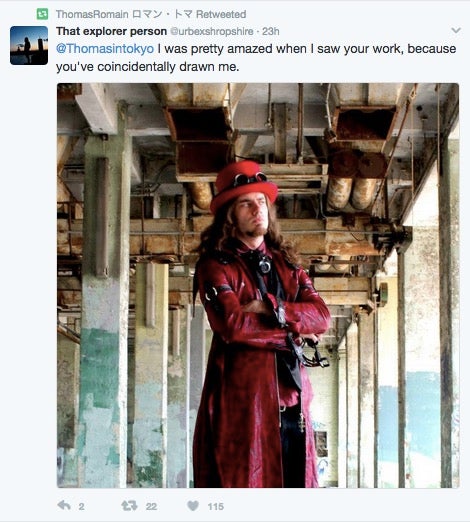 Romain bids his followers to “Have a nice, creative day!” until the next father and son collaboration, with fans hoping for it to be soon. Alfred Bayle