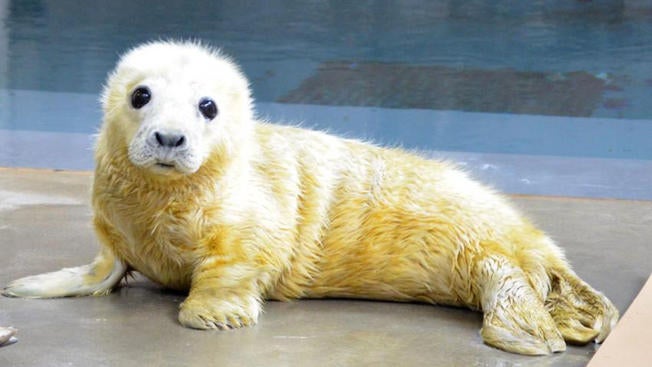 As of Tuesday, the pup weighs 37 pounds. At three weeks old, it will shed its white fluffy fur to reveal an underlying grey pattern similar to adults. Image: National Zoo

Wars are fought for all kinds of reasons, but never has there been a war on Twitter centered on who has the cutest animal pup, until now.

On January 21, Kara, the 33-year-old gray seal at The Smithsonian National Zoo gave birth to one of the most adorable seal pups in the twitterverse, reports NBC Washington.

The seal pup was indeed so cute, that in fact, a Hampton Roads radio host Sarah Hill tweeted a challenge to the Virginia Aquarium – a challenge the aquarium gladly accepted. What transpired afterwards is an intense volley of tweets about which facility has the cutest animal pups in their care. 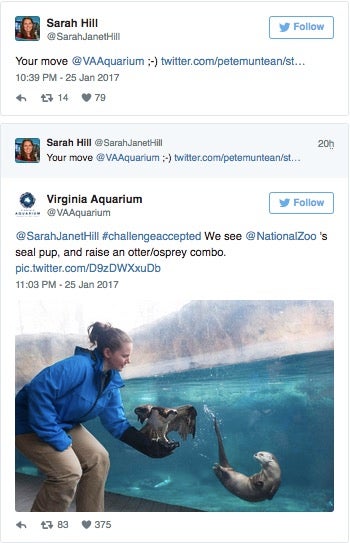 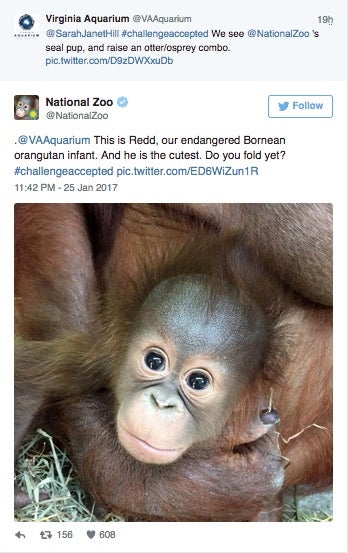 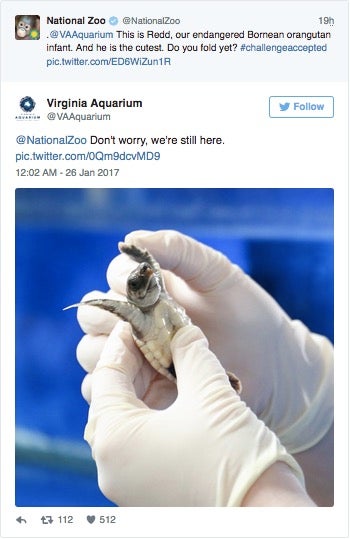 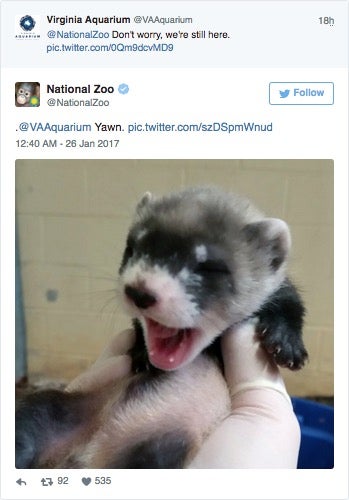 With all these cute photos, it’s easy to say that everybody won in this war. Twitter seriously needs more of this. Alfred Bayle