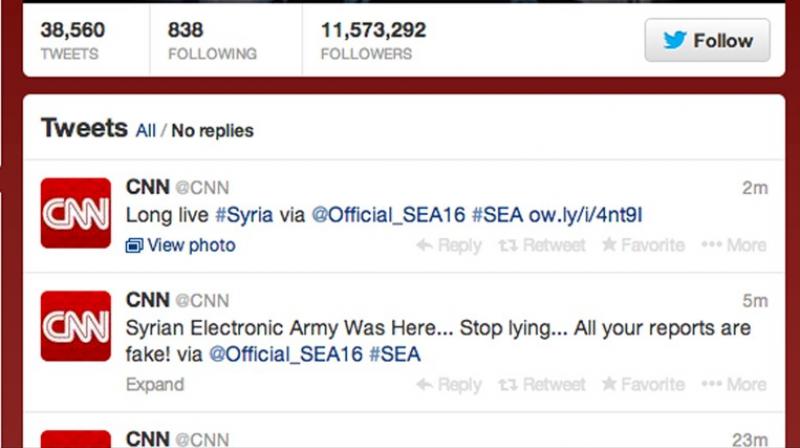 These tweets were what the hackers left after the CNN accounts were compromised; the tweets have been removed when CNN regained control. Image: Twitter/@CNN

Cybersecurity is a serious concern especially when information is what your organization is centered upon. CNN recently had its cybersecurity breached, compromising several of their social media accounts.

Apparently, the attack done on January 26 was accomplished by a group introducing itself as OurMine. For each account breached, the group made their presence known by leaving their logo along with a message, “Hey, it’s OurMine we are just testing your security, please contact us for more information.” The group’s email address was also included, along with the link to their website.

This same report also had the Syrian Electronic Army being held responsible for the hack. Fortunately, Facebook was able to restore access for CNN staff roughly thirty minutes after the accounts were taken over by OurMine. The messages left by the group were also deleted.

OurMine has been reported to have also hacked other major American and British news organizations, as well as rights group Human Rights Watch. Alfred Bayle