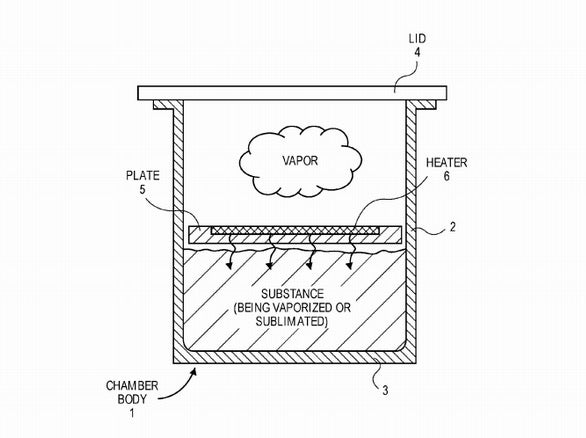 Apple has a reputation for coming up with revolutionary as well as quirky ideas. One such idea has been discovered at the U.S. Patent and Trademark Office, and it’s not for the next iPhone.

The Apple patent that was uncovered pertained to a peculiar vaporizer technology. However, the document, filed last year, did not indicate the type of substance that it was designed to vaporize, reports The Verge.

This patent did outline plans for a type of apparatus that can regulate temperature and release heat from a substance within a kind of canister. The device is also able to keep air out of the vaporizing chamber.

While it is rather easy to assume that Apple could be working on a type of iVape, the plans did not mention whether or not it was meant to be used as a stand-alone recreational product.

The plans could also indicate a type of air freshener. Whatever it may be, it could be a while before the product sees the light of day, or if it actually gets developed. Alfred Bayle