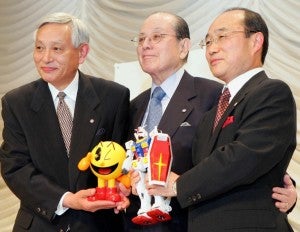 Masaya Nakamura, the Japanese video game pioneer known as the “father of Pac-Man”, has died aged 91, his company said Monday.

Nakamura, who passed away on January 22, founded a company in 1955 that would later become Namco.

The company started out by installing two wooden, mechanical horses on a department store rooftop and went on to develop household and arcade games, theme parks and other amusement facilities.

It merged with Japanese toy giant Bandai in 2005.

The gobbling character became hugely popular among gamers, with the Guinness World Records ranking it “the most successful coin-operated arcade machine”.

The company did not release details about Nakamura’s death, citing the wishes of his family.