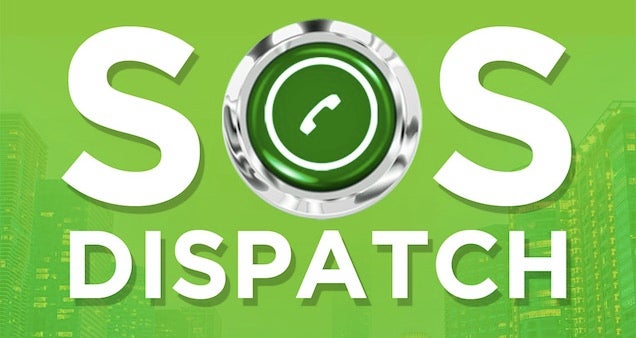 For a country often plagued by disasters and emergencies, current response systems in place for most government agencies, and even some private organizations, remain to be archaic. Aiming to address the problem, the PLDT group has developed new tools using current digital technology, taking after the popular 911 system.

The Smart SOS Dispatch, a tool developed by Smart’s Digital Public Safety and Emergency Response System, will be “managing” incidents from start to finish by providing real-time updates from responders and emergency personnel. This will be the service’s launch device – an IP68-rated rugged device that can stay submerged for up to 30 minutes, in a depth of 1.8 meters. Image: Alfred Bayle

This system will be utilizing Smart’s network coverage with the Genaker IP-based PTT (Push To Talk) and Now Force emergency response application. Combined in a ruggedized, IP68-rated water-resistant, android device, the device can provide rapid and long distance communication between first responders and the command center.

In the past, callers would not be able to get accurate estimated time of arrival upon reporting an incident. The SOS Dispatch gives the command center the capacity to give accurate assurance of the time when responders will arrive, because the command center will be getting live updates as the responders make their way to the location.

“The 911 emergency response system of the United States has always been a model to emulate with regards to security and public safety. The technology to make the same happen in the Philippines is available through mobility and the Internet-of-Things (IoT). Smart SOS Dispatch is designed to do just that,” says Jovy Hernandez, FVP and head of enterprise groups at PLDT and smart.

The SOS Dispatch features include voice and SMS allocations, data, built-in CRM, and mobile applications. It also aims to answer the need of large corporate communities such as industrial zones and commercial banks, as well as LGUs and other organizations for systematic emergency response.

In line with the government’s mandate to modernize the current systems, some LGUs have already partnered with PLDT and Smart to purchase and fully implement the technology. The first of which are the city of Bacoor in Cavite and the Ilocos Norte province.

An LGU will need to allocate P3,500 every month for the system. An entire system package includes the ruggedized Android device with Genaker PTT and NowForce applications, Unlimited Calling Circle and allocated SMS for all networks for 30 months. At this price point, it would be easier for LGUs to achieve the one-is-to-one deployment of devices for maximum effect. These other rugged devices are still in the pipeline but will soon compliment the initial launch device in due time. A couple of them are capable of making calls, like an old-fashioned two-way radio, in case a cellular signal is unavailable. Image: Alfred Bayle

Apart from emergency response, PLDT and Smart also sees other applications for this technology, such as the monitoring of trucking lanes (trucking solution). Another application is also eyed for children in schools, which was hinted at as the “Gatekeeper solution.”  Alfred Bayle