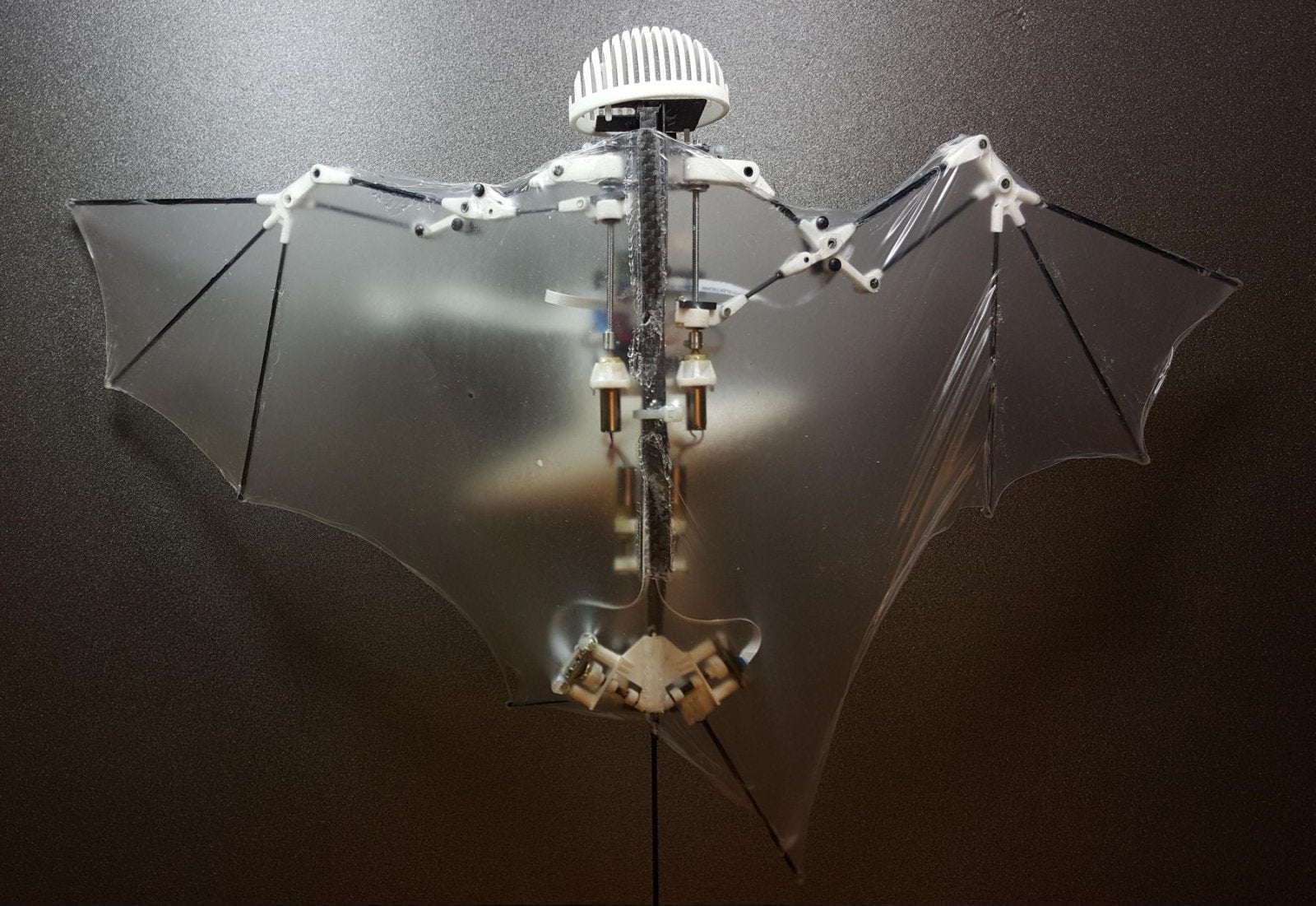 Similar to a real bat, Bat Bot uses a thin membrane as its wings, and changes its shape accordingly to maneuver in midair. Image: Caltech

The field of robotics has been attempting to mimic natural animal movements for some time. Flight is something of a particular interest. The guys at Caltech have managed to recreate bat flight in their latest drone.

Robotics that focus on mimicking animal movements is called biomimetics. Bat bot B2 is the latest development in the research being done by Soon-Jo Chung, Caltech professor, and Jet Propulsion Laboratory, reports Engadget.

“Bat flight is the holy grail of aerial robotics,” said Chung, and according to his most recent research paper with his JPL colleagues, they have successfully discovered this holy grail.

Bat Bot employs a silicon-based wing membrane that’s only 56 microns thick with a wingspan of roughly one-foot. It also has frame made of carbon fiber and 3D-printed socket joints.

Similar to a real bat, Bat Bot is able to move each of its wings independently while being able to change the shape to perform complex maneuvers. Flapping the wings also conserves battery power. This makes it far more quieter and efficient than usual quadcopter or fixed wing drones.

The only drawback is battery technology. Current batteries are still too clunky to allow for long flights. However, the researchers believe that the Bat Bot’s agility would make it ideal for operating in search and rescue missions, as well as in tight, urban environments. Alfred Bayle