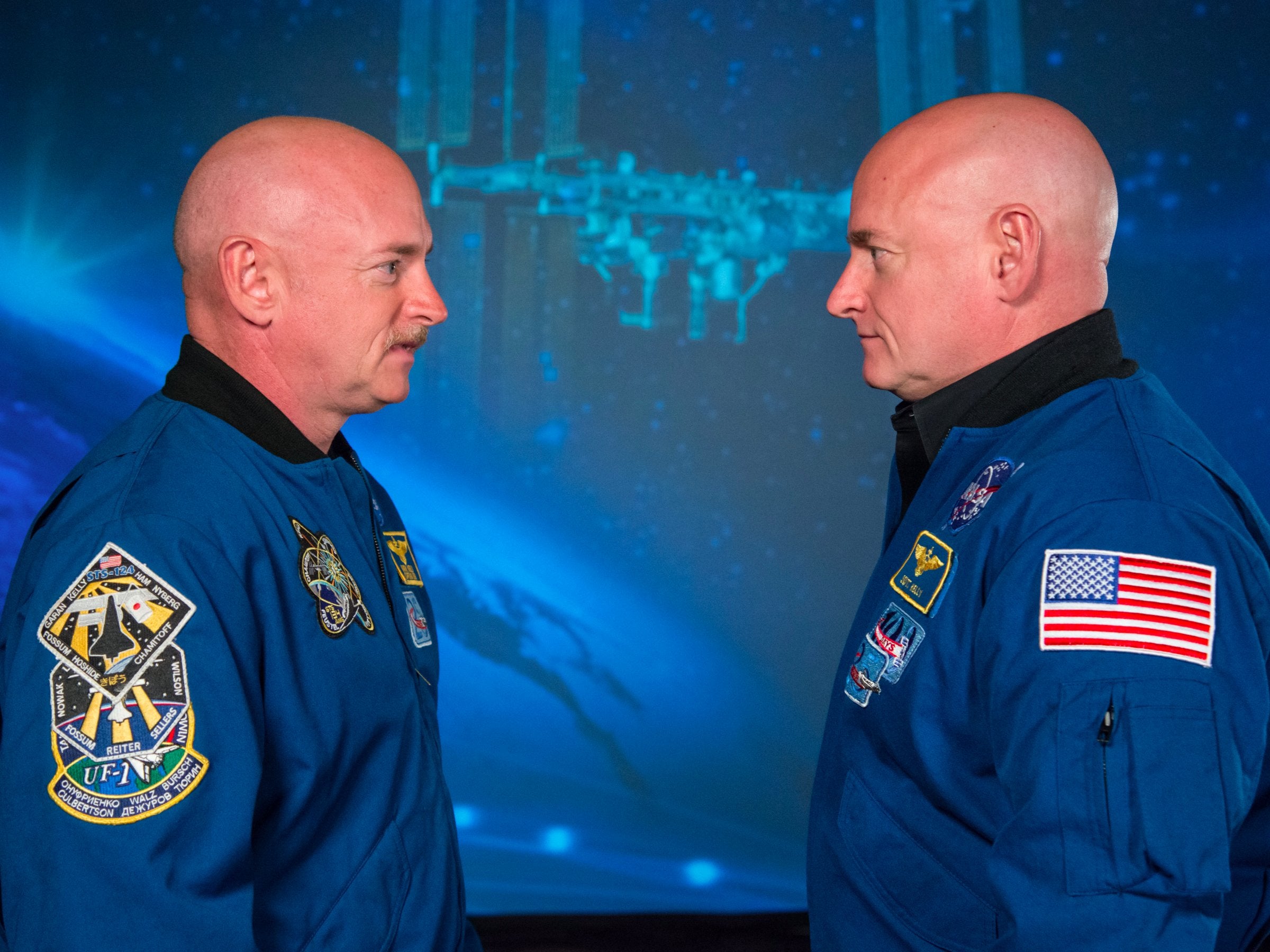 Mark (left) and Scott (right) Kelly back in January 19 before Scott went up to the ISS to live there for a year. Image: NASA

There are still a lot of things to be learned about space, most specifically the effect of being exposed to it on extended periods. For that matter, NASA sent one of twin astronauts into space for a year, while leaving his brother on Earth just to see what changes will take place.

Astronaut Scott Kelly went up to the International Space Station (ISS) and stayed there for 340 days. During that time, scientists have also been observing his twin brother Mark Kelly who remained on Earth, reports Business Insider.

Having the twins for this experiment was ideal, as Mark and Scott have identical DNA. This would allow scientists to better identify the changes that would occur when a human body has been exposed to space for an extended period of time.

Scientists are still combing through a year’s worth of data, so it will take quite a while to figure out everything there is to learn. However, here are some of the things that they’ve uncovered so far:

If mankind is to become a space-faring species, it pays to understand how the greater cosmos will affect the predominantly terrestrial body of human beings. Doing so would allow for better preparation and quite possibly lower mortality rate, which is always a good thing. Alfred Bayle