Short men tend to live longer due to ‘longevity gene’—study 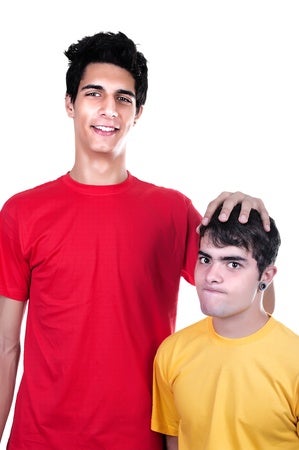 Diminutive males carry the so-called “longevity gene”, FOXO3, which makes them live longer according to a recent study. File photo

Apart from showing signs of the so-called “Napoleon complex”,  shorter men actually have a lot more going on for them than the rest of society gives them credit for.

According to a recent study published in the scientific journal Plos One, diminutive males carry the so-called “longevity gene,” FOXO3, which has been proven to extend the life span of animal test subjects.

Gathering data from more than 8,000 aging American-Japanese men in Hawaii, scientists were able to find a direct link between short stature and long life.

“This study shows, for the first time, that body size is linked to this gene,” said co-author and University of Hawaii professor Bradley Willcox, as per The Independent.

The FOXO3 gene, researchers found, causes slow development and smaller body size but improves the overall mortality rate of those who possess it.

Part of this revelation is that shorter men also have a much lower chance of getting any cancer disease due to having lower blood insulin levels.

To achieve such findings, researchers had to separate test subjects into two groups, particularly those who stood 5 feet-2 inches and shorter, and those 5 feet-4 inches and taller.

As it turns out, the two groups had a significant clear divide on how long each individual’s life span lasted.

“The folks that were 5-2 and shorter lived the longest. The range was seen all the way across from being 5-foot tall to 6-foot tall. The taller you got, the shorter you lived,” Willcox revealed.

Prior to this study, previous works have connected height to longevity in humans, based on factors including higher heart-pumping efficiency and a greater potential for cell replacement.

However, most of the data involved much smaller sample groups, contrary to this study which started in 1965 and enlisted 8,006 American men of Japanese ancestry born between the years 1900 and 1919.

Furthermore, 1,200 men from the study reportedly survived into their 90s and 100s, and 250 of those remain alive to this day.

Still, Professor Willcox stressed that tall males should not be discouraged by the findings because “no matter how tall you are, you can still live a healthy lifestyle.”

The FOXO3 genotype research, meanwhile, was made possible through donations from the U.S. National Institute on Aging. Khristian Ibarrola

Word war to slugfest? Teves dares Villafuerte to a fistfight