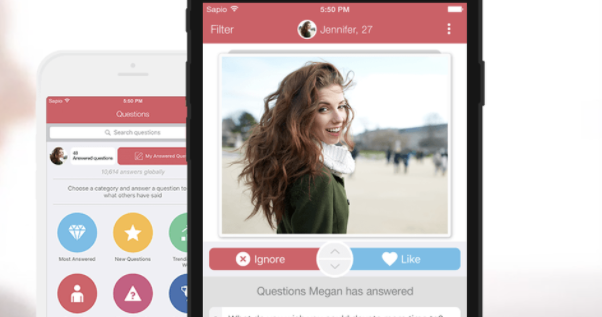 Numerous dating site and apps have sprouted in the internet over the years. These dating apps have made it quite easier and more convenient for some people who are in search of that significant other.

However, most of these apps —with the ever popular ‘Tinder’ in particular—largely cater to users looking for ’hook-ups’ and one night stands, which could be off-putting for others seeking for more than just a booty call.

Luckily for ‘sapiosexuals’ out there, a new dating app is now available for people who want to avoid promiscuity and are simply drawn to smart individuals.

‘Sapio’ is a recently released dating app which matches intellectuals with people who have the same intelligence level and personality.

With the digital age making people as superficial as ever,  the app’s co-founder Kristin Tynski, explained the need to come up with an alternative, which deviates from the typical dating app.

“Sapiosexuals can’t be simply defined as people who are only attracted to the highly intelligent. They’re attracted to someone based on a matching level of intelligence, interests, conversation, drive, sense of humor,” she told The Huffington Post.

”For many, defining oneself as sapiosexual has become statement against the current status quo of hookup culture and superficiality, where looks are prized above all else,” she added.

Much like other swipe-based apps, Sapio asks its users permission to mine their Facebook profiles for information or to manually input their own.

But its redeeming interface is a feature called “Question Explorer”, which is brimmed with 300 open-ended questions from categories ranging from “Hopes and Dreams,” “Hypotheticals,” or even “Inside My Head.”

These answers would then be analyzed by the app’s unique algorithm, which would then gauge the users’ intelligence, conversational ability and shared interests.

After going through an array of personal inquiries, the app will try to find matches for users who have similar interests and personality type. Once two people catch the fancy of one another, both users would be directed to a personal hatbox where they can exchange pleasantries and potentially set up a meeting. 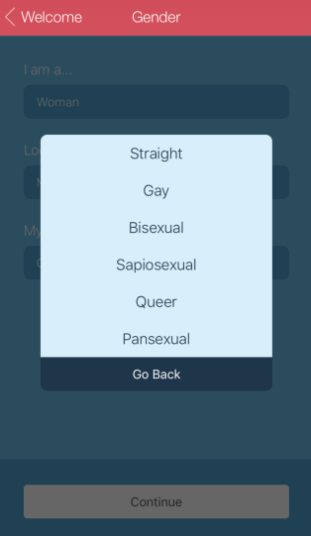 Sapio is now available for both iOS and Android users in the United States and will roll out to other countries in the coming weeks. Khristian Ibarrola