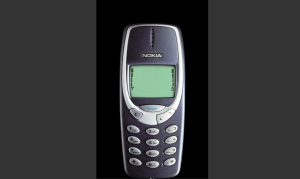 Rejoice old-school Nokia fans, one of the first and sturdiest phones ever made is coming back on the market.

Nokia 3310, a classic feature phone accoladed for its long battery life and durable casing, will be resurrected and soon sold worldwide, according to a report by Evan Blass of Venture Beat.

HMD Global Oy, the Finnish manufacturer that bought the rights to market Nokia phones, will launch Nokia 3310 alongside Nokia 3 and 5 at the Mobile World Congress on Feb. 27 in Barcelona, Spain. Also, the Android Nougat-powered Nokia 6, which previously debuted in China, will be launched in the same event.

Aside from its talk-and-text feature, Nokia 3310 has an 84×48 monochrome screen, calculator, clock and several games such as Snake II, Pairs II, Space Impact and Bantumi.

The feature phone was first released at the turn of the century, succeeding Nokia 3210. Despite the company’ success in rolling out high-quality feature phones, Nokia faltered in competing with smartphone giants after a decade.

According to the report, Nokia 3310 will retail at just €59 (P3,113). HMD is eyeing the European consumer base, but no information regarding the phones’ launch in North America and Asia were disclosed.  Gianna Francesca Catolico / RA