China to lessen pollution by replacing taxis with electric cars 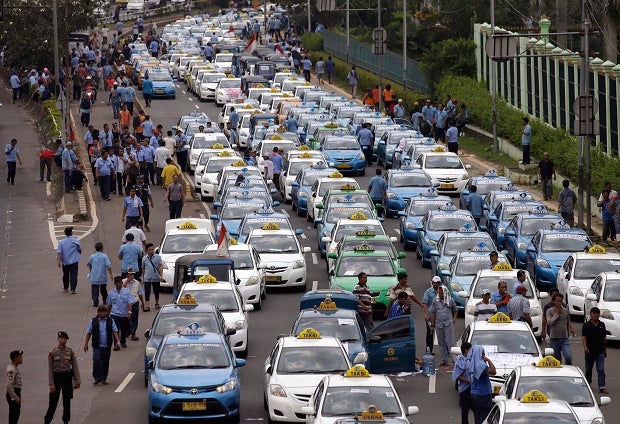 A fleet of taxis. AP

China has taken a step forward towards finding a solution to the country’s perennial pollution issue.

According to National Business Daily, gasoline-operated taxis from the capital city of Beijing will now be phased out and replaced with electric vehicles.

The replacement project, which is expected to cost taxi operators around ¥9 billion, have slowly started the implementation in some parts of the city.

Although it costs twice as much as regular vehicles, electric cars carry a smaller carbon footprint, which could greatly reduce harmful carbon dioxide emissions in the city.

However, despite it’s goal to lessen the toxic gas surrounding Beijing, taxi companies have protested the move, citing financial troubles.

Another concerning factor is the lack of electric charging stations scattered in the metro, with drivers complaining about long queues which are greatly time-consuming.

“There are 200 electric taxis on the streets of Tongzhou in Beijing, but only about 100 are on the road, while the other 100 are waiting to be charged,” one driver told the news outlet.

The scheme, meanwhile, comes after a 2015 study revealed that 4,000 people are dying from air pollution in China each day.

The heavy smog surrounding the city’s busiest spots have even cost some airline flights to be suspended, while a “red alert” pollution warning has been raised by health officials several times already this year.

The country has also become the biggest electric car market in the world—notching 600,000 electric cars manufactured in 2016 alone. Khristian Ibarrola/JB