LOOK: Twitter users come up with names for 7 new planets

With the National Aeronautics Space Administration (NASA) announcing the discovery of seven new planets, the Twitter-verse once again offered its most creative inputs.

The hashtag #7NamesFor7NewPlanets has been trending since last week, with eager users suggesting names for the newly discovered heavenly bodies.

Among several wit-infused entries, the most popular of the bunch was an ode to the publicly named ship “Boaty McBoatface.” 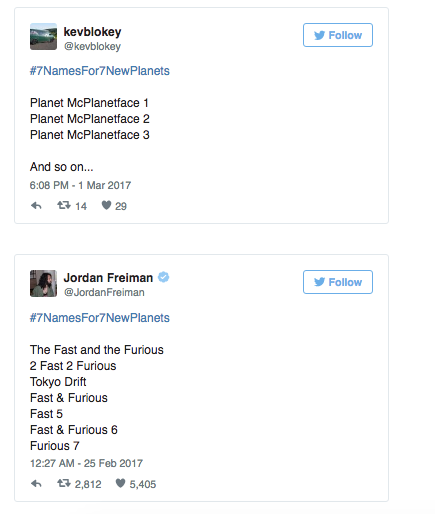 Others based their answers on pop culture and their favorite shows. 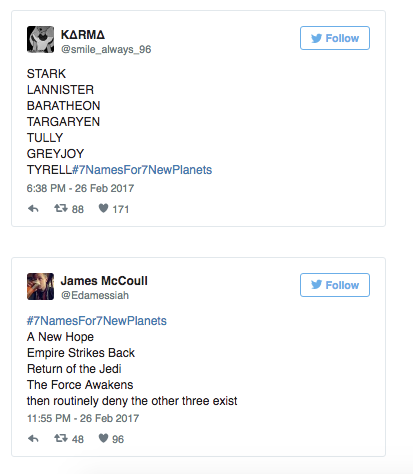 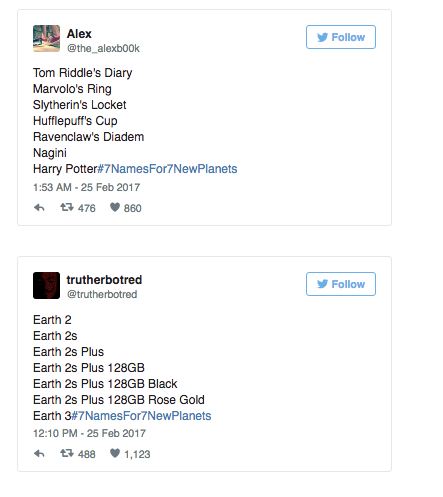 This user professed his undying love for the forgotten Pluto, while another one took a jab at US President Donald Trump. 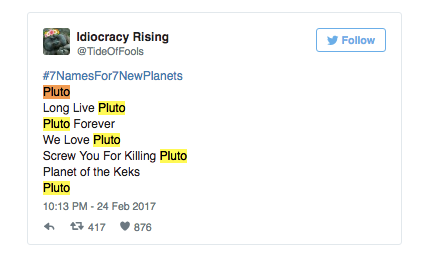 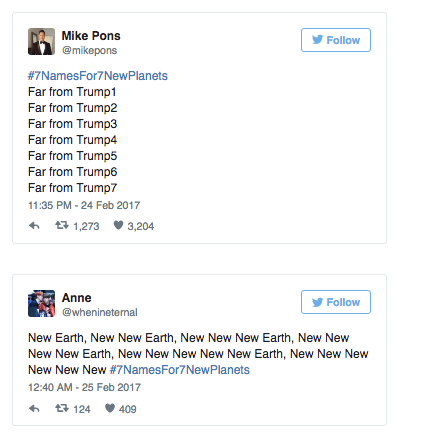 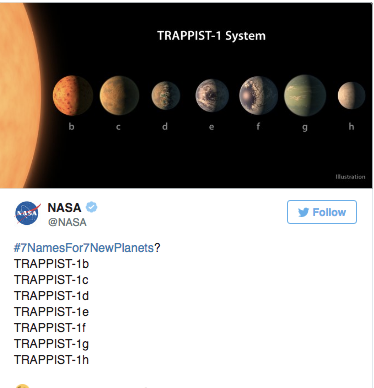 ADVERTISEMENT
TOPICS: #7NamesFor7NewPlanets, 7 planets, NASA, Twitter, Viral
Read Next
Fil-Am brains of Snapchat among young US billionaires
EDITORS' PICK
Groups repeat call for justice, press freedom 34 years after People Power revolt
Here’s How Protein and Calcium Deficiency Can Affect Your Kid’s Health
‘Are you still alive?’ Virus fears grip South Korean city
Desperate to stop spread of COVID-19, countries limit travel
Mallorca City: Home of Cavite’s finest industrial hub
Wilder says costume wore him down before Fury did
MOST READ
ABS-CBN can’t operate beyond May 4 without a franchise – ex-CJ Puno
No need for Ginebra to reach out to Slaughter, says Chua
Desperate to stop spread of COVID-19, countries limit travel
Macalintal: No such thing as ‘secret marriage’ amid Sarah-Matteo nuptials leak
Don't miss out on the latest news and information.