Artist, journalist debate over anime, manga as promo for pedophilia 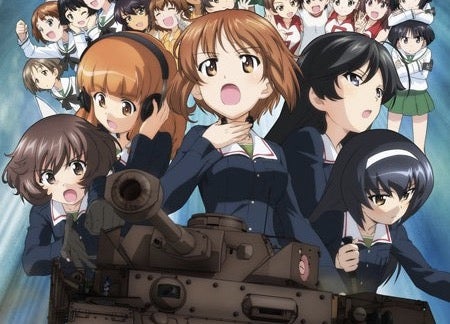 A tweet from Takeshi Nogami, original character designer for the series “Girls und Panzer”, has recently been getting attention. He shared his opinion via his official Twitter account regarding a three-hour interview he had with British journalist Stacey Dooley, for a BBC Three documentary.

The documentary was titled “Young Sex for Sale in Japan”. Apparently, as part of the documentary, wherein other experts and resource persons were interviewed, Dooley was supposed to get Nogami’s opinion on the depiction of young girls in anime.

Somewhere during the interview, Dooley was quoted to have said, “My desire is to put all pedophiles and ones who produce pedophilic media into jail.”

At another point in the interview, Nogami made a statement towards Dooley about focusing on the Japanese to turn away from the United Kingdom’s own problems. A statement which Nogami said was completely ignored.

The interview was capped off with a heated exchange, where Dooley asked Nogami, “Why don’t you Japanese people follow what the U.K. does?”

To which Nogami retorted, “Why don’t you British people follow Japan, since we’re more civilized and have a lower crime rate than the U.K.?”

The finished documentary, which aired on BBC Three did not include Dooley’s interview of Nogami.

It’s worth noting that general netizen opinion of Stacey Dooley is rather negative. Many in Reddit and other social networking platforms even go so far as to call her dull, naive, and obnoxious.

An English version of Nogami’s tweets can be found below as translated by Twitter user @walterinstict.

“I was interviewed by this lady at my workplace. One-on-one Q&A session for three hours.”

“Through that, I realized one most important thing. I was thinking about releasing it online as manga, but… The core difference between this interviewer and myself was the attitude towards human beings. My position is ‘all human beings have dirty desires. Isn’t it better to be vented appropriately?’”

“Then I realized. So, the definition of human being or ‘operating system’ is different. After the three hour long interview, this realization was the most productive experience, I think.”

“Oh, on top of that, she said, with the look of a hitman from Black Lagoon, ‘My desire is to put all pedophiles and ones who produce pedophilic media into jail.’”

“Ah, ‘justice’ is kinda scary when it infects people. Isn’t trying to substitute everything into the subject of that sentence? It’s been two times where I was interviewed like this. She ignored me when I said, ‘Don’t look at us to turn away from your problem within the U.K.’”

“During the interview, we touched upon ways that we can tackle the child abuse issues in the Commonwealth world. She said, ‘banning all fiction like this!'”

“I suggested, ‘Well, solve poverty first. Legalizing fiction that has no victims will lower the crime rate.’”

“Ms. Susie asked me, with [a] formal voice, ‘Why don’t you Japanese people follow what the U.K. does?’”

“So I answered, ‘Why don’t you British people follow Japan, since we’re more civilized, and have a lower crime rate than the U.K.?” JB