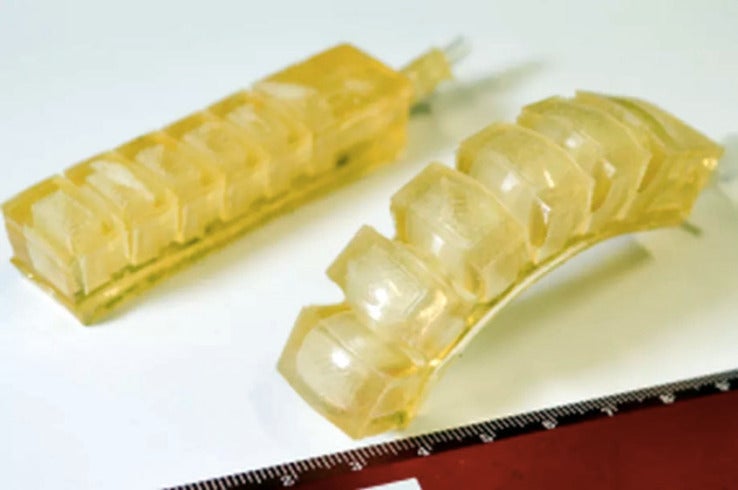 People have thought about killer robots, robot assistants, and even robots as sexual partners, but has anyone ever thought of edible robots?

A team of researchers from the Swiss Federal Institute of Technology in Lausanne (EPFL) recently released a paper detailing their creation of gelatin-based actuators, reports TechCrunch.

It’s a strange thing to develop gelo actuators, a fact admitted by Dario Floreano, director of the school’s Laboratory of Intelligent Systems, in an interview with TechCrunch. Apparently, the project was conceived as more of a challenge than a solid research effort addressing a fundamental issue. Essentially, even the researchers haven’t fully worked out the applications of their creation, or of gelo robots.

“A year ago [grad student and co-author Jun Shintake] came to me and said, ‘we are doing all of these bio-inspired robots, but biological systems are eaten and our systems are not,’” explains Floreano. 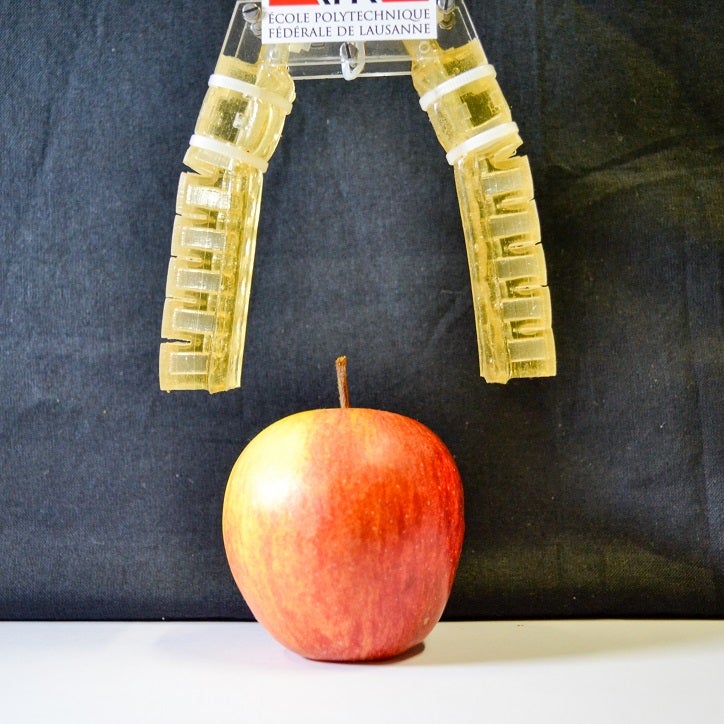 Floreano adds that he found the thought presented by Shintake interesting, and ruminated on the idea of marrying the very different constraints as well as properties of robots and food.

Some of the applications that Floreano listed down include food that walks to colder or hotter locations, food that moves towards the animal or human it needs to feed, and automated medicine delivery.

A similar study by Massachusetts Institute of Technology in 2016 proposed the creation of origami robots built from pig intestines. These robots would unfold to capture as well as remove harmful swallowed items.

These gelatinous robot limbs are actually part of the team’s ongoing research on soft robotics, where malleable material is preferred over solid components such as metal. 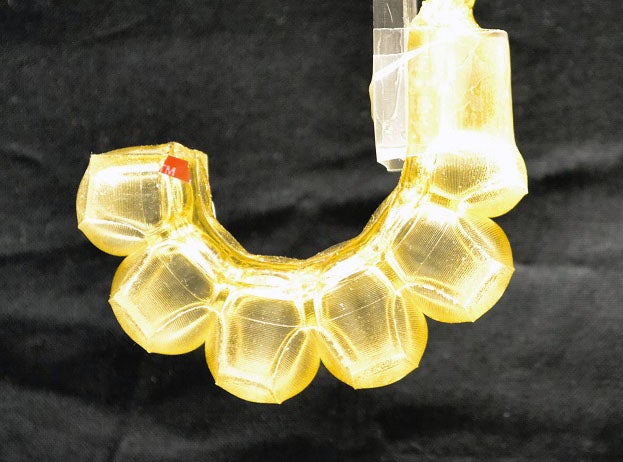 The research could also contribute to the development of non-toxic batteries and edible electronics.

With this research and a host of other soft robotics-related work, androids with squishy human-like flesh are becoming even more viable. Well, at the very least, some of them won’t taste like cold steel. Alfred Bayle/JB

If you want a ‘waifu’: Holographic girl by Gatebox up for pre-order