Happy birthday ‘Castlevania’ and ‘Symphony of the Night’ 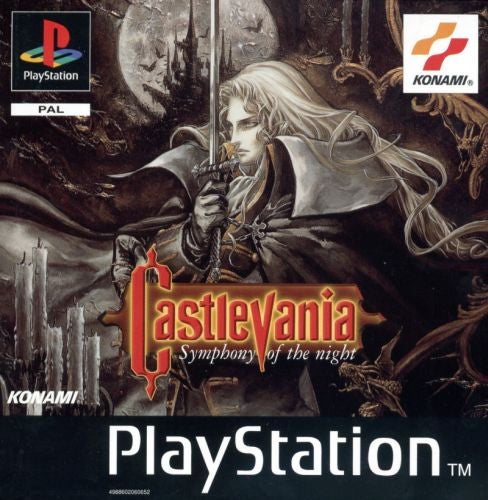 Together with 1994’s “Super Metroid,” 1997’s “Castlevania: Symphony of the Night” created a new genre. Image: Konami via AFP Relaxnews

Whose anniversary is it again?

It’s a joint birthday party for the “Castlevania” series as a whole, and for its franchise-redefining, genre envelope-pushing entry “Castlevania: Symphony of the Night”.

Although “Castlevania” actually launched in September 1986, it was a subsequent March 1987 release that gave it wide exposure; its debut was limited to Japan and Nintendo’s Famicom Disk System add-on, while the North American release in 1987 was distributed in the Nintendo Entertainment System’s original cartridge format, no extra accessories required. And that’s when it started to take off internationally.

Twelfth in the franchise, “Castlevania: Symphony of the Night” was released on the series’ own 10th anniversary, a fitting choice given its eventual impact on not only the franchise’s legacy but also the development of its parent genre as a whole.

Why is “Castlevania” so important?

Players were free to tackle the map in a non-linear manner, though in reality their progress was gated by the need to retrieve specific tools, treasures, or equipment.

Adapting and building upon elements from Nintendo’s “Legend of Zelda” and, most notably, the “Metroid” series, such was its influence that games of the same type are now frequently referred to as “Metroidvanias.”

By contrast, the first “Castlevania” is now known more for its difficulty rather than envelope-pushing genre innovation.

The original “Castlevania” is available on Nintendo’s Wii, Wii U, and handheld 3DS via each console’s online eShop, though remake “Super Castlevania IV” offers a more accessible entrypoint. “Symphony of the Night” is on the PlayStation Store (NA and JP) and the Xbox Games Store (international).

As for 2D Metroidvanias as a whole, there are a number of well-rated recent examples, which between them cover a clutch of modern devices.