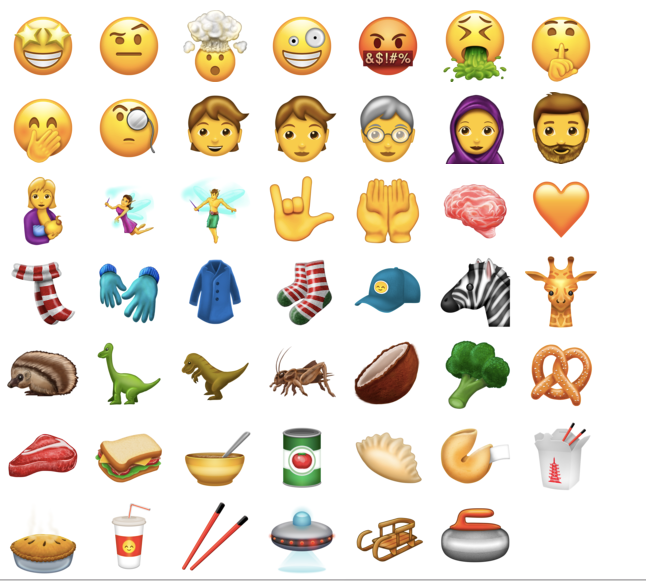 iOS users will be treated to 51 new emojis in June. Image: Emojipedia.org

These days, a simple short message service (SMS) seems incomplete without the use of popular ideograms commonly known as emojis.

To further fuel our love affair with these colorful set of visual symbols, 51 new emojis is set to come out for iOS users this year.

As part of the upcoming Unicode 10 update, illustrations of dinosaurs, beards and monocles  will soon be added to the ever-expanding lists of emojis, according to the NextWeb.

The update comes with a wide array of selections, from various human reactions and faces, popular wildlife characters and several food varieties.

As seen in the online emoji dictionary called “Emojipedia”, designs like a monocled face and a vomiting face, a T-Rex dinosaur, pies, pretzels and sandwiches, are among the highlighted additions.

However, the site noted that the emoji list is still “subject to change,” while others may come out in a succeeding update, including mythical creatures like wizards, vampires and mermaids.

Unicode 10 is set to come out internationally starting June 30. A full list of the emojis is available through this link. Khristian Ibarrola/JB