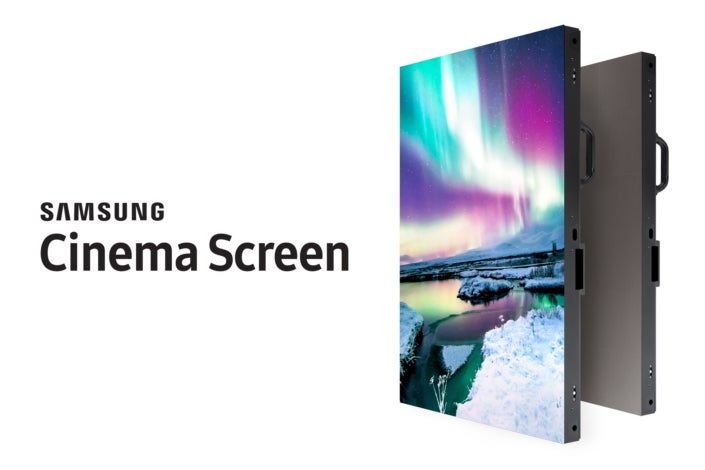 An LED display could enable different ways of building a cinema house but, the cost of upgrading the technology would still be a big factor. Image: Samsung

For the longest time, theaters have used projectors to present movies in a large enough scale that can be enjoyed by a big audience. Samsung, on the other hand, is looking to shake things up when it introduced an HDR LED theater display.

Unveiled during the international movie theater owners convention CinemaCon 2017 in Las Vegas, the 34-foot 4K resolution Samsung Cinema Screen is said to be the first in the world, reports Engadget.

Samsung justifies the megalithic LED screen as the next step for theaters because people have gotten used to the level of image quality and sharpness that they get from their HDTVs at home.

The company goes on to boast that the Cinema Screen is ten times brighter than theater screens.

This piece of technology is impressive to say the least, and may find application in smaller venues. However, it will still come down to the cost when it comes to deciding whether a cinema house would upgrade to an LED screen or stick to the traditional projector, at least for now. Alfred Bayle/JB