Acne may be permanently cured by groundbreaking vaccine 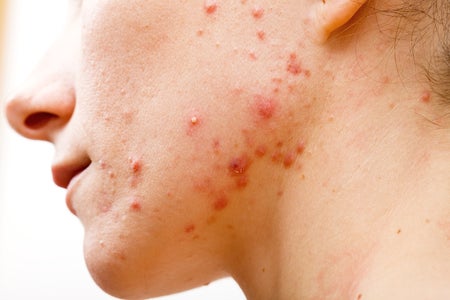 Let’s face it, experiencing acne breakouts—regardless of a person’s age—is never fun. The unflattering blemishes, black heads and pimple marks caused by excess oil in the face has resulted into heightened phases of insecurity for adolescents and adults alike.

But fret no more, as researchers from the University of California, in San Diego, United States, are reportedly working on a new vaccine that would make people zit-free once and for all.

According to Business Insider, the group is currently developing the miracle remedy which would block acne-causing effects, without killing off the bacteria itself.

“Acne is caused, in part, by P. acnes bacteria that are with you your whole life—and we couldn’t create a vaccine for the bacteria because, in some ways, P. acnes are good for you,” the project’s lead researcher, Eric C. Huang, explained their unconventional method.

“But we found an antibody to a toxic protein that P. acnes bacteria secrete on skin—the protein is associated with the inflammation that leads to acne,” he added.

Although the groundbreaking vaccine has only been tested on skin biopsies from acne patients, the early results have been positive. The group said they will be ready for human testing soon.

“The first phase of those trials, which could take one to two years, will be underway soon,” Huang confirmed.

Multiple acne treatments such as creams, facial wash and even surgeries have been made available throughout the years, but doctors have yet to release a legitimate medical remedy for the dreaded outbreaks.

Aside from excess grease in the skin, acne problems are oftentimes associated with hormonal imbalance—particularly for those going through puberty—but have been increasingly common among adults.

A recent study by the National Health Service estimated that 5 percent of women and 1 percent of men  over the age of 25 experience acne woes. Khristian Ibarrola/JB

The new cause of acne you can’t escape

What not to say to people with acne