Plan to drill through Earth’s mantle in the works 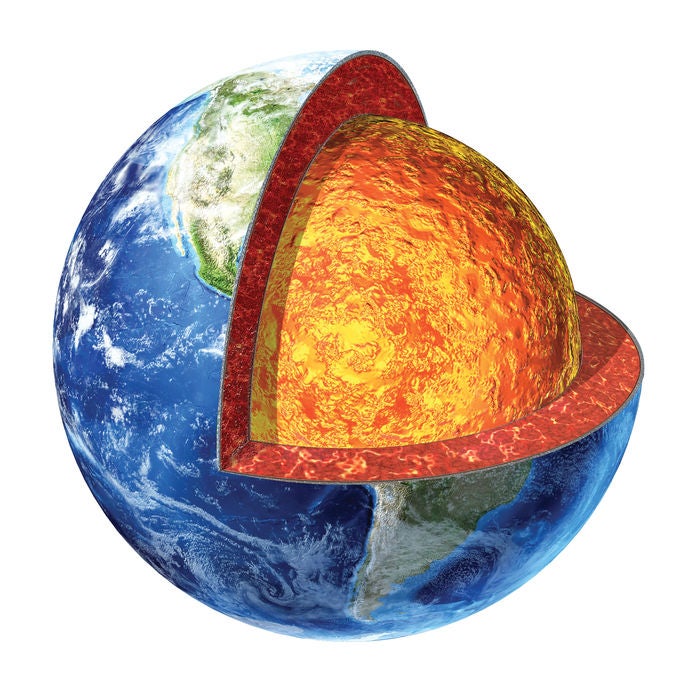 Lead by the Japan Agency for Marine-Earth Science (JAMSTEC), an international research group is currently making plans to drill through the Earth’s mantle.

The Japan News reports that JAMSTEC is looking at the early part of 2020 to start drilling. They will be using a highly-advanced deep sea scientific drilling vessel, the Chikyu.

Around 80 percent of the Earth’s mass is composed of the mantle. It lies directly under the crust on which we dwell. The mantle is constantly moving slowly and affects continental drift, plate movements that cause earthquakes, and volcanic activity. 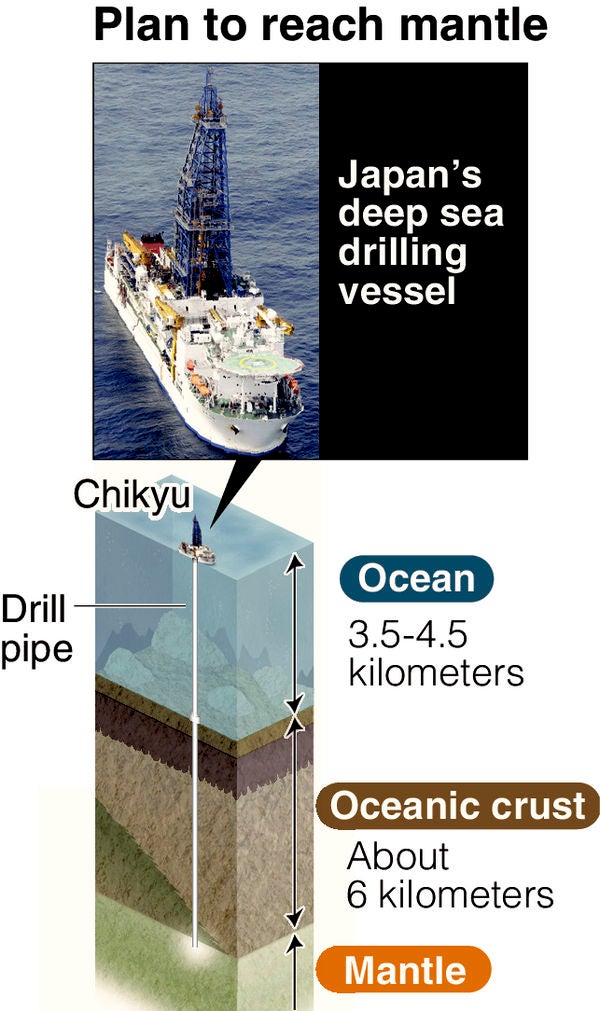 The goal of the project is to directly observe the mantle. By doing so, scientists hope to learn more of its hardness and water content. This would allow for a better understanding of plate movements and how our planet was formed.

Drilling through the crust is apparently much easier because the oceanic crust is only around six kilometers thick. Continental crust on the other hand is several dozens thicker.

Previously, a drilling operation of this magnitude could not be attempted due to limitations on tools and materials. However, newly developed materials have now made it technically possible, but the cost will be substantial. They estimate that a total of 60 billion yen is needed to fund the project.

“There are still issues to be resolved, particularly the cost,” said Susumu Umino, a professor at Kanazawa University who specializes in petrology. “However, the preliminary study will be a big step forward for this project to enter a new stage.”

What will the researchers find 6 kilometers under the ocean crust? Will there be a hidden world under our own as some works of fiction have depicted, or will there just be a whole lot more of rocks? Alfred Bayle/JB