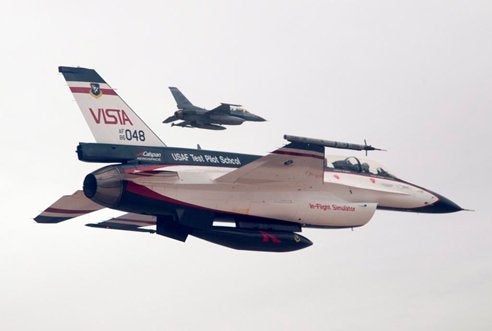 Unmanned cars, buses and trucks have been in development for quite some time and real-world trials have already commenced. But the United States Air Force (USAF) believes the technology can do more good out in the battlefield. So they slapped on an autonomous system inside an F-16 fighter jet.

The AI-flown F-16 was assigned as a wingman to a human pilot in a separate aircraft. This Unmanned Combat Air Vehicle (UCAV) was then put through its paces in a series of “Have Raider” demonstrations.

Have Raider I showed off the UCAV’s ability to fly in formation as well as execute a ground-attack mission. It then needed to return to formation after the mission was accomplished.

Have Raider II focused on the UCAV’s adaptability in a combat situation. This demonstration was meant to be a stepping stone in the development of the “Loyal Wingman” program.

On top of combat drones like the Predator UAV, a fully autonomous unmanned fighter plane is some next level stuff. Let’s just hope it doesn’t get hit by lightning during a training session and develop a rebellious personality like EDI from the movie “Stealth”. JB

Autonomous bus service to be tested in Singapore