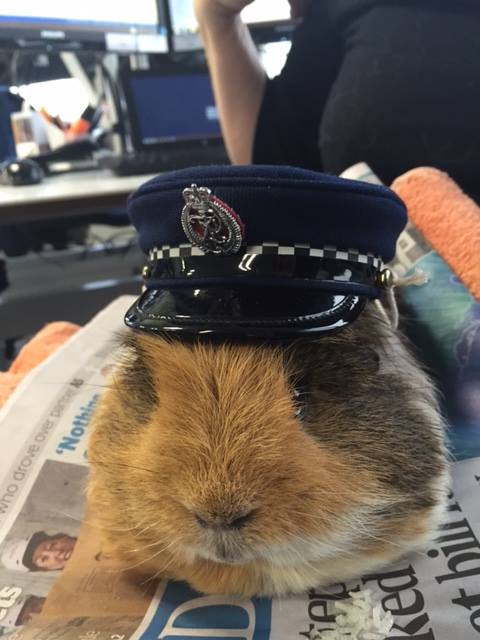 Cuddly “Constable Elliot” is getting people to listen to safety advice on social media, where his posts get up to 10,000 likes and 2,000 comments. After all, who can resist a piggie in his own police cap and harness?

In one post, little Elliot tells the public to drive safely in school zones, saying “slow is safe” and that he is slower than most guinea pigs because he has “gone overboard on carbs lately.” 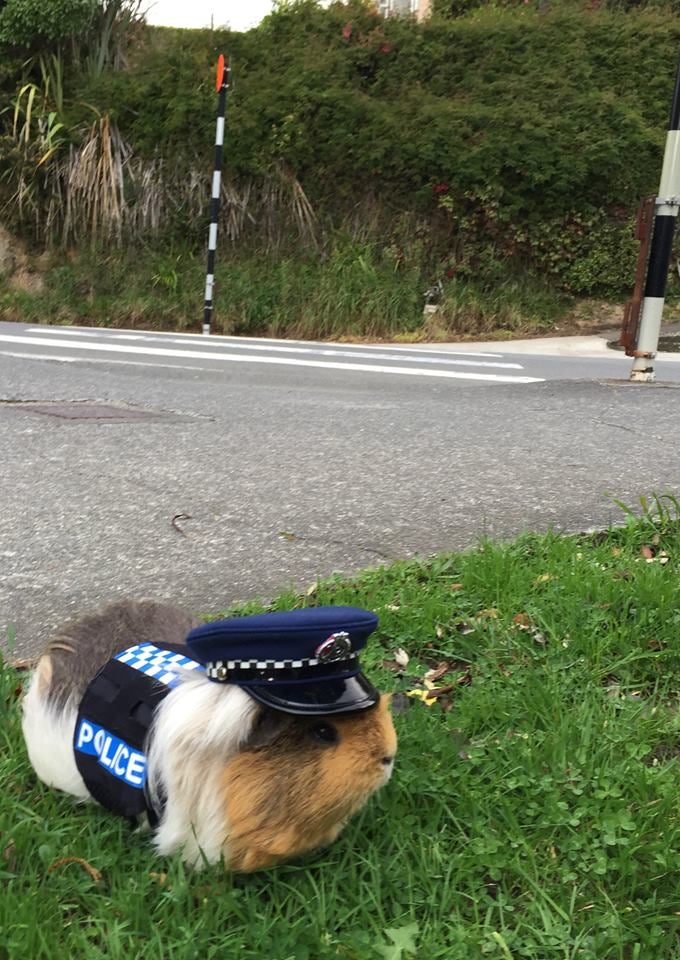 “Remember people, the kids are going to be out and about walking and biking, and crossing roads. Like me, they are small and unpredictable, so you have to watch out!”

He also reminds everyone to “eat your greens.” Roger that, Elliot!

In another, he sits next to a miniature car while reminding drivers to avoid car theft. “Tut tut. I think this driver forgot to look after their Subaru,” he observes. 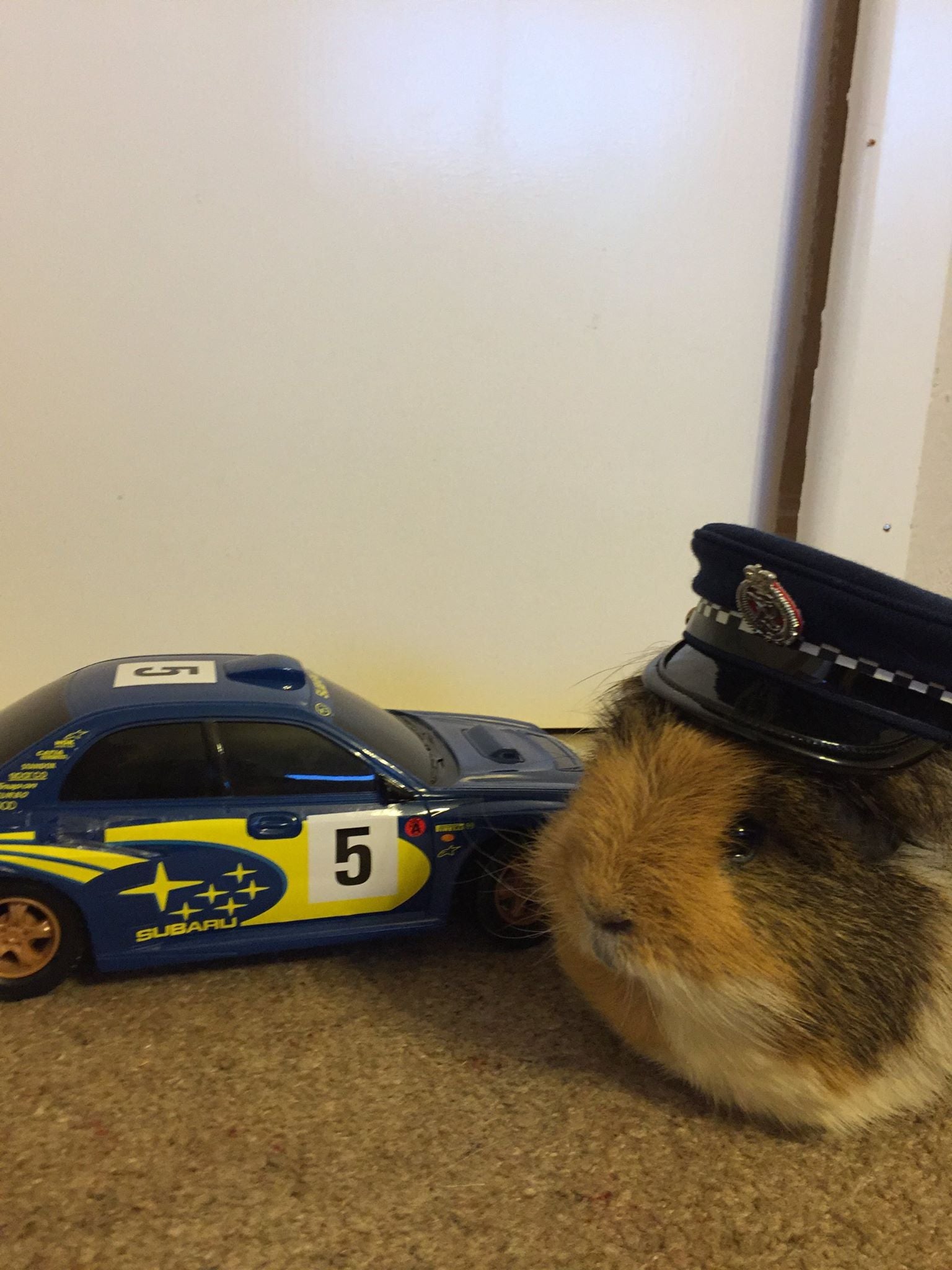 “Always remember to lock your car, remove all valuables and use a steering wheel lock or car alarm.”

When the department was accused of animal cruelty in a social media comment, they assured that Elliot “is a well cared for family pet of one of our media team members. According to his human ‘mum’ he’s pampered, and loves going on trips to explore new food supplies… He loves being patted and carried and can spend a while being cuddled on laps.” 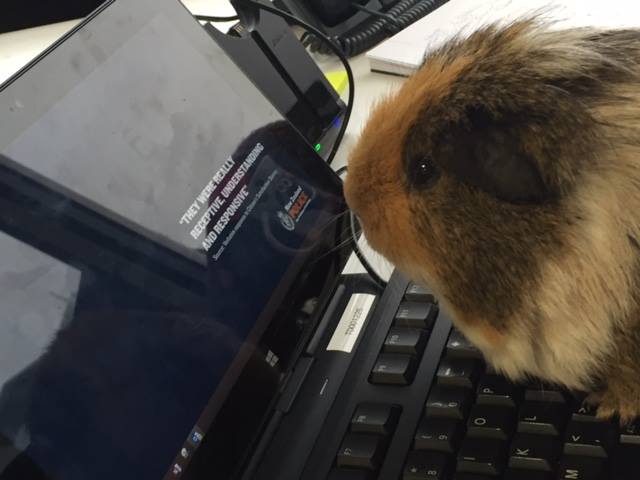