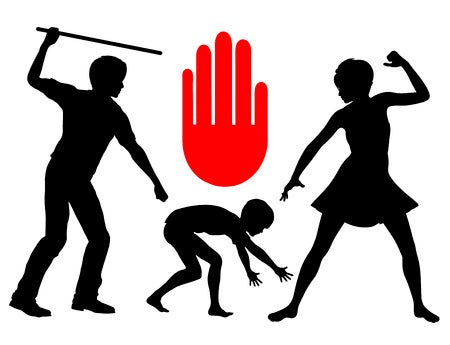 The act of spanking unruly children is common among many households.  File photo

Spanking, or the act of slapping a child’s buttocks, as a form of punishment has been some sort of a ritual in a lot of households.

This disciplinary measure has been accepted as a societal norm in some countries, and is usually deemed as necessary to guide children on the right path.

However, a recent study looks to debunk this age-old belief, showing that spanking did more harm than good.

According to researchers from the University of Texas and the University of Michigan, children who were spanked were more likely to defy their parents, behave anti-socially and experience increased aggression, mental health problems and cognitive difficulties.

“We found that spanking was associated with unintended detrimental outcomes and was not associated with more immediate or long-term compliance, which are parents’ intended outcomes when they discipline their children,” one of the catalysts of the study,   Elizabeth Gershoff, was quoted as saying in a Telegraph report.

The research took data from five decades of behavioral patterns involving over 160,000 children.

Study co-author and University of Michigan professor Andrew Grogan-Kaylor further explained their findings: “The upshot of the study is that spanking increases the likelihood of a wide variety of undesired outcomes for children. Spanking thus does the opposite of what parents usually want it to do,” he stated.

The recent findings, meanwhile, completely contradict a 2010 study  by researchers from Calvin College in Grand Rapids, which suggested that those who got smacked were more optimistic about their lives than those who were not.

A 2014 UNICEF report found that over 80 percent of parents around the world spanked their children.  Khristian Ibarrola /ra