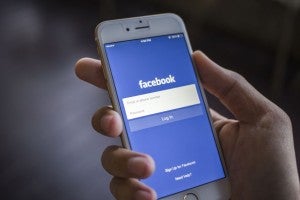 For over 10 minutes, millions of people across the globe were without friends.

A “technical issue” that hit Facebook triggered a massive disruption of service in the Asia Pacific and parts of North America.

“Earlier today, some Facebook users were unable to access Facebook briefly due to a technical issue. We have now fixed the issue and apologize for any inconvenience caused,” said Facebook in a statement sent to media.

The hashtag #facebookdown trended as puzzled netizens trooped to Twitter.

Chico Garcia @chicogarcia tweets: “Facebook was down this morning in Southeast Asia. Can you imagine *gasp* looking each other in the eye and actually talking to each other?”

Michael Angelo Vivas on Facebook commented later: “Yeah it was several minutes ago, thought for a while it was Facebook app, then went to the web browser the same, then google search is working so it is was not the network, I wanted to post it but FB was down.”

For Jaylord Agluba Legaspi, the brief crash “reminds us that we do have families.”

And just as Yas Salanga believes that “everyone affected by this downtime really needs some serious outdoor time.”

Wilbert Yuque has a different take on the outage: “Meanwhile, a sudden spike in productivity was also recorded…by seismograph.” /atm