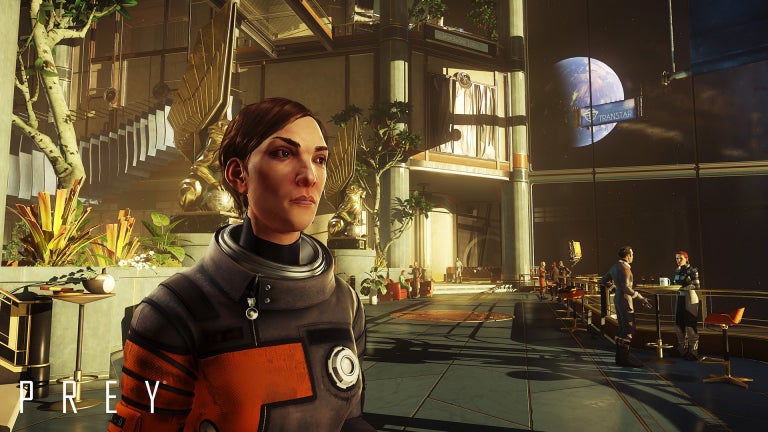 “Prey” is filled with mimics that disguise themselves as everyday objects. Image: Arkane Studios/Bethesda Softworks/ZeniMax Media via AFP Relaxnews

Big-budget blockbuster-in-waiting “Prey” performed well across several major storefronts, sliding into first place on the Humble Store but was prevented from taking top spot on Steam, GameStop and GamersGate by a number of its contemporaries.

Since its May 5 release, players have been stepping aboard the space station of “Prey” as alternate versions of its main character, a male or female scientist, engineer, or security-minded tech company executive named Morgan.

The station orbiting earth is, unfortunately, infested with a shapeshifting, teleporting, aggressive alien population and players can choose whether to tackle them through skill and firepower, or to get the upper hand by employing some alien-derived aptitudes against the threatening force.

Developed by Arkane Studios, the French-American developer on the up since 2012’s similarly artistically sumptuous, choice-laden action adventure “Dishonored”, and despite picking a week in which it was the most visible new release, “Prey” entered a hotly contested arena.

Strong performances across major storefronts saw it in first place on the Humble Store by May 9, but it was prevented from duplicating the performance on GamersGate, GameStop and online giant Steam.

New video games for May 9 and beyond: ‘NBA Playgrounds’, ‘Minecraft: Switch Edition’, and more