Lack of sleep boosts chance of death by heart failure 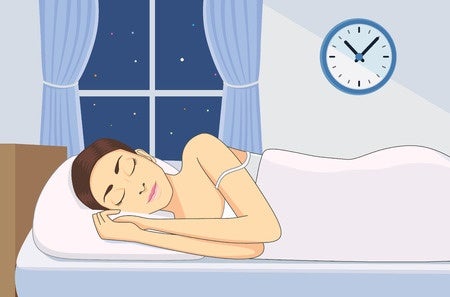 Miami, United States — Not getting enough sleep can double the chances of dying from heart disease or stroke, particularly in people with risk factors like diabetes, obesity, high blood pressure and cholesterol, US researchers said Wednesday.

The findings in the Journal of the American Heart Association were based on 1,344 adults who were randomly selected for a sleep study in Pennsylvania.

Participants’ average age was 49, and 42 percent were men.

They were recruited to undergo a series of health screenings, and spend one night in a sleep laboratory.

Just over 39 percent were found to have at least three risk factors for heart disease, which when clustered together are known as metabolic syndrome.

Participants were followed for an average of 16 years. Some 22 percent died during that period.

Those with metabolic syndrome who slept less than six hours in the lab were 2.1 times more likely to die of heart disease or stroke than those who did not have at least three risk factors for heart disease.

The high-risk participants who got more than six hours of sleep faced a 1.49 times higher risk of dying than healthier subjects.

Experts recommend that adults get at least seven to eight hours of a sleep per night.

“If you have several heart disease risk factors, taking care of your sleep and consulting with a clinician if you have insufficient sleep is important if you want to lower your risk of death from heart disease or stroke,” said lead author Julio Fernandez-Mendoza, an assistant professor at Penn State College of Medicine.

The study was described as the first to measure sleep duration in a laboratory setting, rather than relying on patient reports.

Researchers said it was also the first to examine the impact of sleep duration on the risk of death in those with multiple heart disease risk factors.

However, since the study was observational in nature, it stopped short of proving any cause and effect.

“Future clinical trials are needed to determine whether lengthening sleep, in combination with lowering blood pressure and glucose, improves the prognosis of people with the metabolic syndrome” said Fernandez-Mendoza. CBB