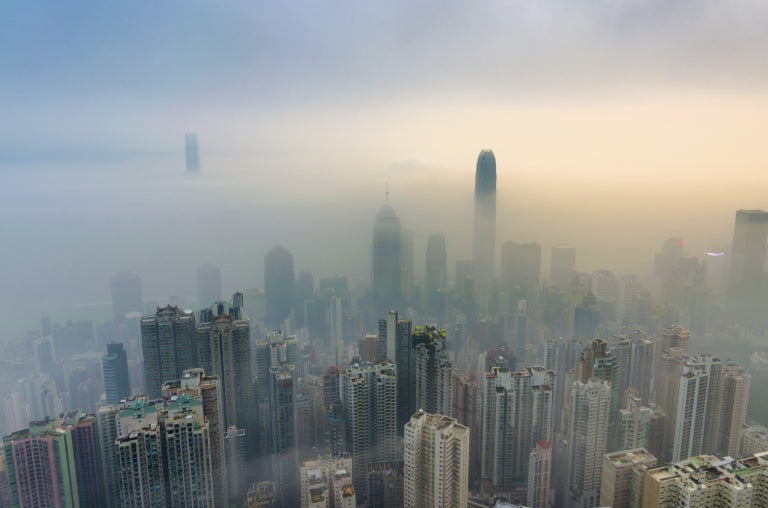 Air pollution could be harming our health by disrupting our sleep suggests new research. Image: omepl1/Istock.com via AFP Relaxnews

New research has found yet another way that the current levels of air pollution is impacting our health, this time by disrupting our sleep.

Presented at the ATS (American Thoracic Society) 2017 International Conference, the findings suggest that high levels of air pollution not only affect heart health, breathing and lung function, as found in previous studies, but also sleep quality.

For the new research, the team analyzed data from 1,863 participants with an average age 68, who were taking part in the Multi-Ethnic Study of Atherosclerosis (MESA) and both of MESA’s Sleep and Air Pollution studies.

The study looked at the effects of two of the most common air pollutants—NO2, a traffic-related pollutant gas, and PM2.5, or fine-particle pollution—and estimated exposure to air pollution at each participant’s home both one year and five years into the study.

Participants wore a wrist device for a seven-day period to measure their sleep and activity, and calculate “sleep efficiency,” a measure of the percentage of time in bed spent asleep versus awake.

After finding that 25 percent of participants had a sleep efficiency of 88 percent or less, the team decided to look at whether exposure to pollution was impacting the sleep of this low efficiency group.

After taking into account various factors including age, body mass, obstructive sleep apnea, race/ethnicity, income and smoking status, the results showed that those exposed to the highest levels of NO2 over five years had an almost 60 percent increased chance of having low sleep efficiency compared to those with the lowest NO2 levels.

Those exposed to the highest levels of small particulates (PM2.5) had a nearly 50 percent increased chance of having low sleep efficiency.

Lead author Martha E. Billings, commented that, “We thought an effect was likely given that air pollution causes upper airway irritation, swelling and congestion, and may also affect the central nervous system and brain areas that control breathing patterns and sleep.”

However, she also added that further research is needed in order to look at an association between sleep and other air pollutants not included in this study, as well as how pollutants may disrupt sleep patterns. Another possibility is that it is traffic noise rather than pollutants that is contributing to poor sleep quality.

“There may be acute sleep effects to short-term exposure to high pollution levels as well, but we lacked the data to study that link,” added Dr. Billings. JB

TOPICS: air pollution, sleep
Read Next
Poop found to be ideal for teaching kanji to children
EDITORS' PICK
Nograles: Cabinet members to donate 75% of monthly salary to aid COVID-19 fight
Diokno to Duterte: OK to make fun of buck tooth, but focus on people’s needs first
Quick chat with Nicole Andersson: ‘You really don’t need much to be happy’
10 Filipinos positive for COVID-19 in UK, 7 in Ireland — envoy
IATF to LGUs: Issue ordinances vs attacks on frontliners, COVID-19 patients
Robredo spox thanks Duterte for defending VP’s efforts vs COVID-19
MOST READ
Coronavirus hotbed Rizal to shut borders on April 6
ADB warns PH against prolonged lockdown
Gov’t mulling quarantine period extension of 15-20 more days
‘Money Heist,’ ‘Tales from the Loop,’ ‘Killing Eve,’ ‘Never Have I Ever,’ ‘After Life’: Five not-to-be missed series this April
Don't miss out on the latest news and information.