‘Faceless fish’ found again after first sighting a century ago 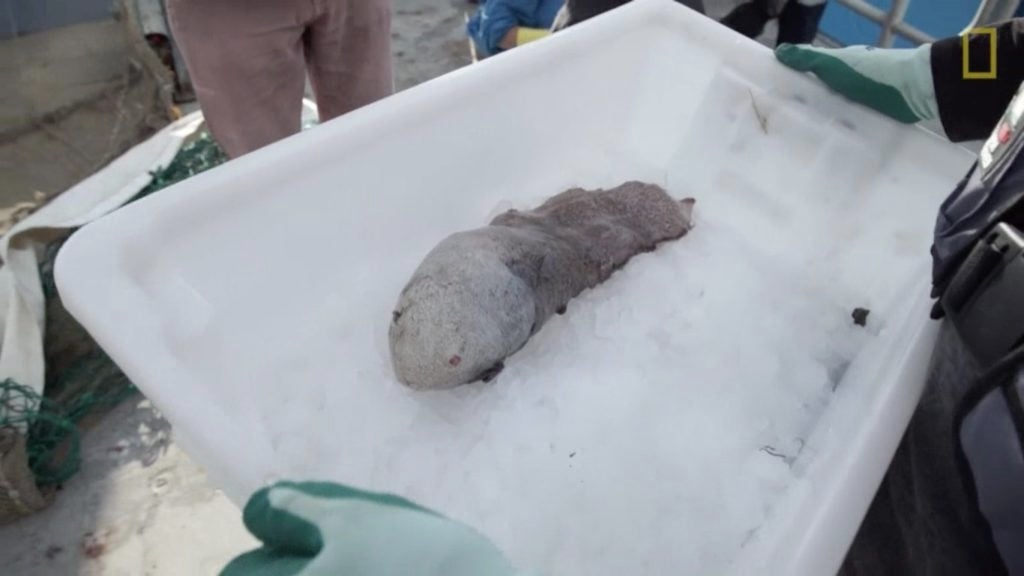 It’s generally agreed upon by scientists that there is still much to be discovered in the depths of the oceans. The fact continues to hold true as scientists studying an unexplored area in Australia’s waters found a fish that was only seen once over a century ago.

The species was originally found off the coast of Papua New Guinea in 1873.

National Geographic reports that the fish was once again found 2.5 miles below the surface during a month-long expedition by Australian government scientists near the country’s eastern seaboard. This part of the ocean was still unexplored and the scientists have already retrieved several thousand specimens since they set off in May 15. One-third of these are new species.

The fish is described as “faceless,” had no visible eyes and had a gelatinous body. Deep ocean fish usually lack eyes because they practically live in constant darkness in the depths. It also has two spots on its head that scientists assume to be nostrils despite looking like eyes.

The rediscovery of this fish should help scientists understand more of how life survives in the great depths of the ocean. This understanding may one day help humans to better explore Earth’s hidden depths. Alfred Bayle/JB

NASA spacecraft will aim straight for sun next year