LOOK: Man flees London attack with a glass of beer in hand 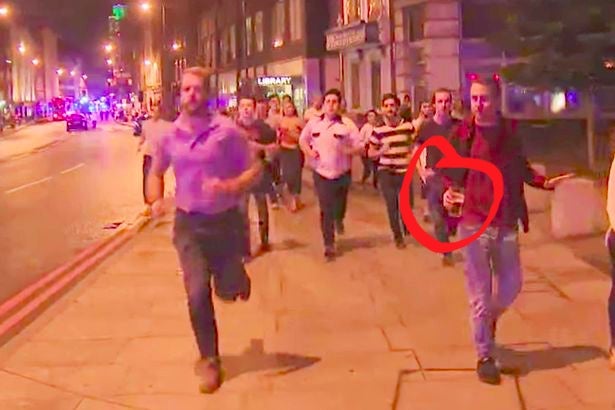 While most Londoners mourn the attack on their fair city, an image popped up online of a bloke running away from the scene of the attack with a glass of beer still in his hand.

The photo has already garnered a fair amount of attention and mixed feedback from netizens. It has also been retweeted nearly 35,000 times. 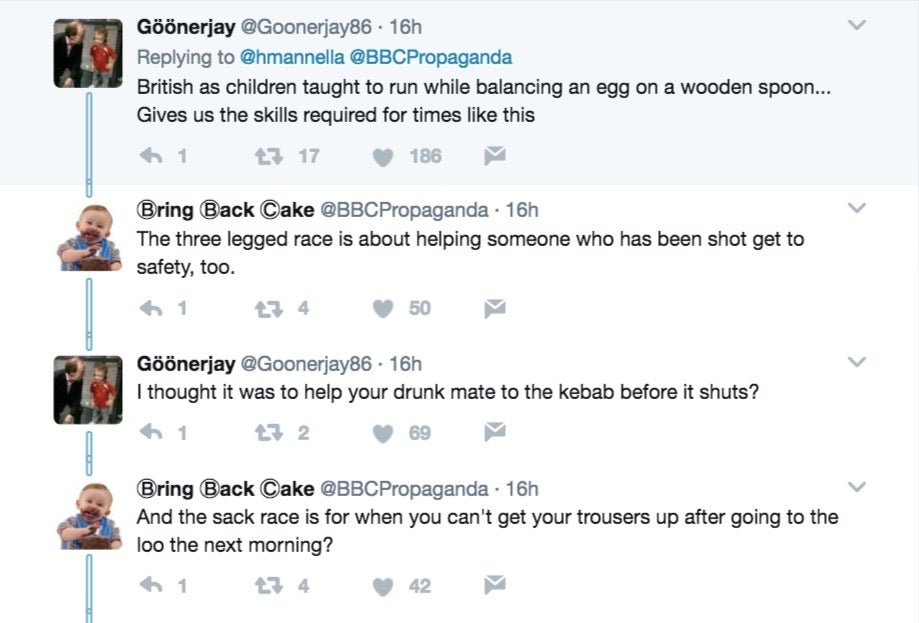 “People fleeing #LondonBridge but the bloke on the right isn’t spilling a drop. God Bless the Brits!” wrote Mannella. 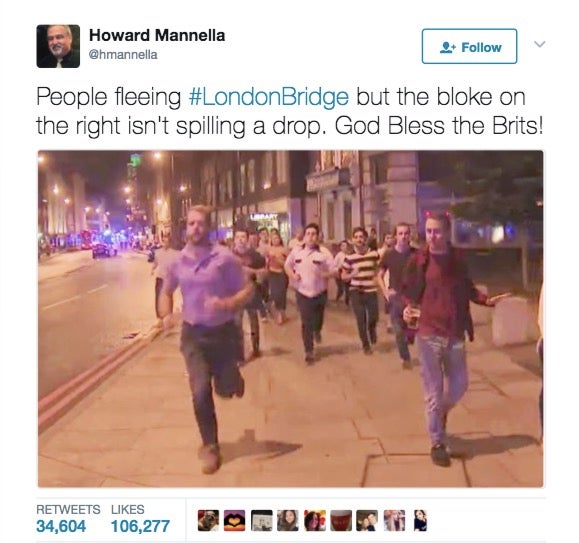 The British are known for their dark sense of humor which is often seen as a unique and adorable quirk. Humor is also seen by some as away to cope with difficult times which has been mentioned by several Twitter users. JB 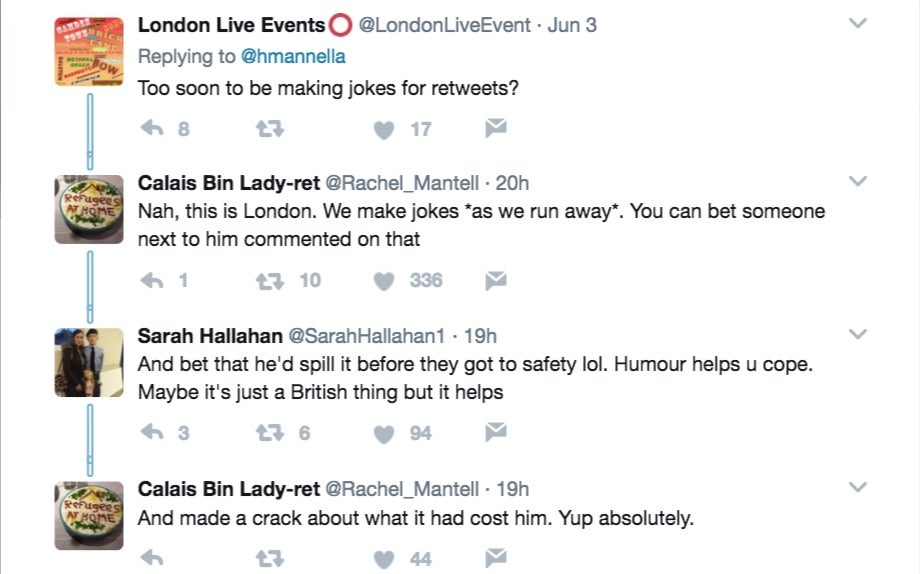