New iMac desktop computer manually upgradable, at your own risk 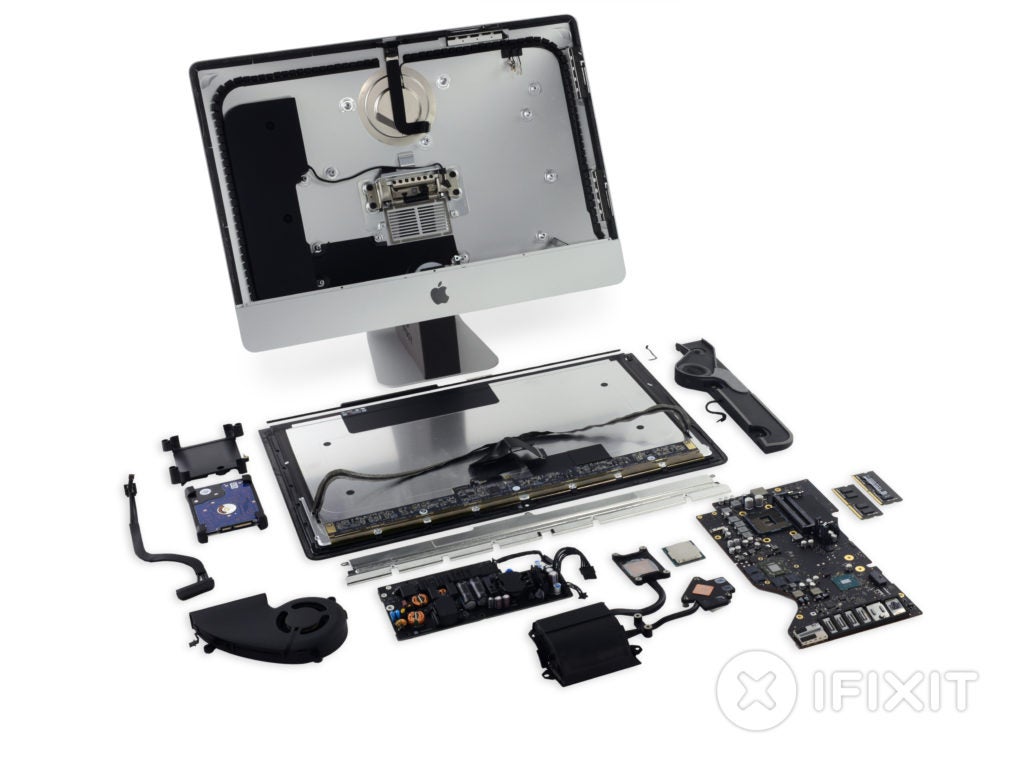 Apple computers and other devices are known for having a somewhat closed system. This means that if users want to upgrade something on their Apple computers, they have to either buy a more powerful version or go to an official store and get upgrades, like more storage or more memory.

iFixit, a wiki-like site that publishes online repair guides for electronics and gadgets, recently did a teardown of the new iMac Intel 21.5-inch Retina 4K Display 2017 computer. After tearing apart the computer, they discovered that some parts of it could be replaced with more powerful versions.

They discovered that the 2.5 hard drive, memory and processor could be taken out and replaced. These three components were all modular and not soldered in place.

However, while swapping out these parts were technically possible, it is still not recommended. The hard drive could be replaced without incident but the processor and the memory are another thing. This is because Apple tries to properly balance the devices that they make in terms of power consumption and overall performance.

What this means is that there are only a limited number of parts that could be used on the iMac without compromising its performance. Changing the processor or memory with incompatible parts, despite being more powerful, will not guarantee that the iMac would even start up again.

Furthermore, opening up the iMac would take some skill and familiarity with computer assembly to pull it off. Not to mention it automatically voids the warranty. JB

WATCH: Xbox One X revealed at E3 2017, to be released November