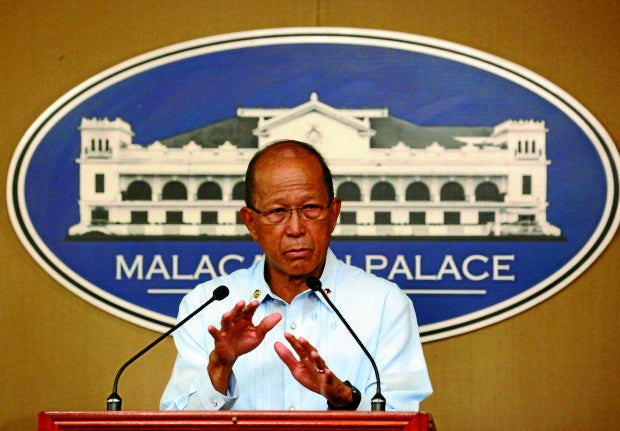 Defense Secretary Delfin Lorenzana on Wednesday asked the public to report suspicious social media accounts that have links to terrorists amid the ongoing military operations against the Maute group in Marawi City.

“Let us all show our strong rejection of the terrorists and their sympathizers’ futile attempts to sway the hearts and minds of our people by ignoring and reporting terrorist-linked and suspicious social media accounts to proper authorities,” he said in a statement.

The defense secretary also asked netizens to be very discerning in sharing information that may sow panic and give advantage to their enemies.

Last week, the Armed Forces of the Philippines said it is monitoring over 70 social media accounts that were possibly used by the Maute group for its agenda. About 10 of the accounts have been taken down.

The ongoing conflict in Marawi entered its 30th day on Wednesday, and the military earlier said it aims to end the crisis by the end of Ramadan over the weekend.

Lorenzana called on Filipinos to unite and help in the efforts to prevent the terrorists from spreading their propaganda.

“It is therefore our patriotic duty to resist and stop evil from taking root. Dapat tayong magkaisa laban sa tahasang pagpapalaganap ng maling ideyolohiya at bersyon ng Islam [sa] iba’t ibang plataporma kabilang na ang social media (We need to work together in against the overt circulation of wrong ideologies and the erroneous version of Islam in different platforms including social media,” he said.

“Religion should never be used as a justification to murder and destroy the lives of innocent civilians,” he said.

The ISIS-linked Maute group has been known for killing non-Muslims in the ongoing conflict in the besieged city. IDL