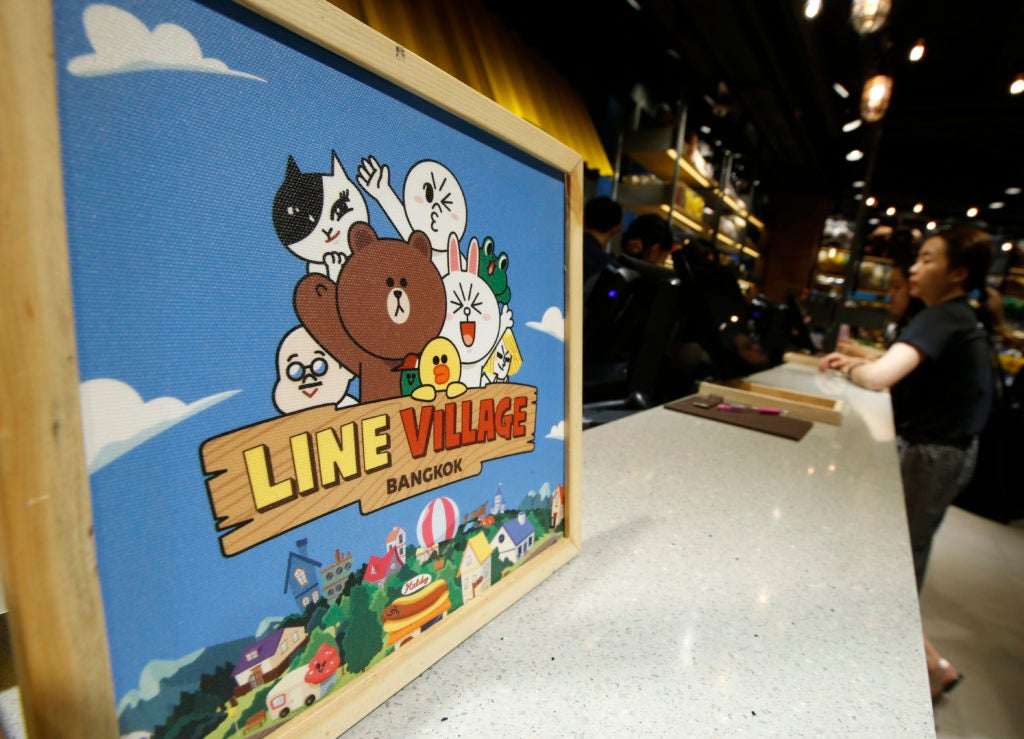 BANGKOK — The text-messaging service Line plans to inaugurate an indoor digital theme park in Thailand’s capital, seeking to squeeze maximum advantage from its popularity in the country, its second biggest market after Japan.

Line Village Bangkok will begin operating Friday as a retail store, selling dolls and similar merchandise, but later this year will expand to a three-story amusement complex with virtual reality rides. Line stores already exist in Japan, South Korea, China and Taiwan, but the Thai location will be the first with an indoor park.

Much of Line’s appeal comes from its stickers that can be attached to messages, especially the company’s anthropomorphic animal figures, such as Brown the bear and Cony the rabbit. Line Village is located in Siam Square, for decades a hangout for young Thais enthralled with fashion and the culture of cute — there is already a Hello Kitty cafe located there.

Since its launch in 2011, Japan-based, Korean-owned Line has amassed more 200 million users worldwide. Thailand has around 44 million cellphone users and 94 percent of them have the Line application installed on their phones, Kampanart said.

Sakdipat Thanee, a 27-year-old lawyer, was one of several shoppers invited for a special store preview Thursday.

“I think it’s hard to find Line merchandise in Thailand,” he said. “You can only buy them from aboard or ask someone to bring them in. For people who love Line characters like me, having a Line store here means that I can easily shop here. I can meet Brown and Cony much more easily.”