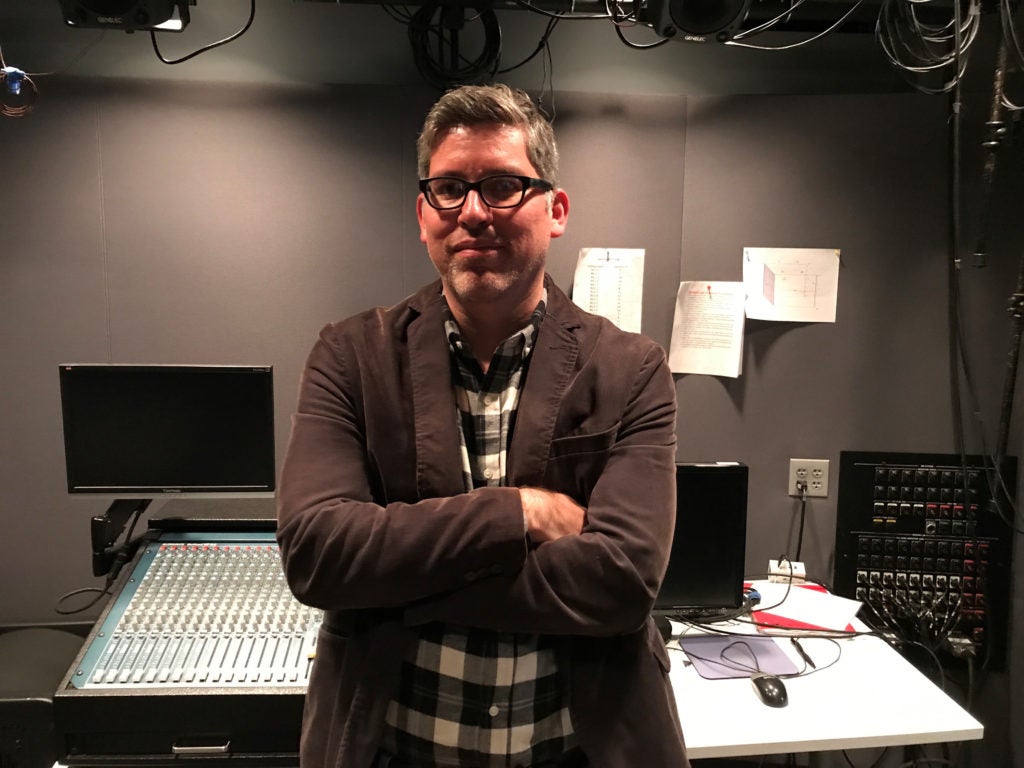 Juan Bello, who pilots the Sounds of NYC project at New York University, poses in on June 6, 2017. This scientific project aims at making immediate analysis of sounds in the city a reality, so they can be effectively mitigated. A concert of horns, hooting of sirens, jack hammers, rumbling airplanes, restaurants shouting to make themselves heard: New York is one of the noisiest cities in the world, but it is healing. AFP PHOTO

Car horns, blaring sirens, drilling, jet overflights and busy restaurants where diners have to yell to be heard are among the indicators that New York is one of the loudest cities in the world.

But America’s most populous metropolis, known as “The City That Never Sleeps,” has launched a unique experiment seeking to provide New York with the technology to dial down the volume and address noise pollution.

The idea is to record the full panoply of noises in the city of 8.5 million residents and use artificial intelligence so that machines can recognize sounds automatically, ultimately giving authorities a way to mitigate noise levels.

“It is like living in the middle of a soccer stadium sometimes,” says Gregory Orr, a filmmaker from Los Angeles who has lived in New York for 19 years.

“Even the squirrels have to chirp louder in the city in order to be heard over the din,” he jokes.

Juan Bello, head of the “Sounds of NYC” project and associate professor of music technology at NYU, says noise is “consistently the number one civil complaint” to the city’s 311 telephone hotline for non-emergency services, instituted in 2003.

They’re now installing sensors across Manhattan and Brooklyn at spots selected for their diverse sounds. By the end of the year, there should be 100 in place.

“There are plenty of studies that show that noise has a tremendous impact on health, both short-term and long-term,” says Bello, citing heart conditions, hearing loss and hypertension, which then have a significant economic impact.

In Manhattan, Bello says the effects are amplified by skyscrapers, which form “canyons of sound” and make everything louder.

“A lot of the sounds that you get in New York would not be so loud in other places, because of the specifics of the topology of the city,” he tells AFP.

That was the concept from which the project was born, and it is being financed by the National Science Foundation.

The sensors are programmed to record no more than 10 consecutive seconds to avoid eavesdropping on conservations and posing confidentiality problems.

Researchers hope to index thousands of sounds which, with the help of New Yorkers, will be carefully annotated and help computers identify the source of nuisance sound immediately.

It would then be over to the city to do what it can to limit it.

The problem is clear. But the solutions might still be some way off.

How, for example, do you deal with something as short-lived and unpredictable as honking?

“We have to get more creative,” says Bello.

Today, it can take authorities five or six days to deal with a noise complaint, and requires the intervention of one of 50 specialist inspectors, says Bello. After so long, the problem has often disappeared.

Those who call the police on noisy neighbors can be given short shrift by officers who have more pressing priorities.

Arline Bronzaft, environmental psychologist and professor emerita at City University of New York, has spent years speaking out about the harmful effects of noise and need for better controls.

Delighted that the project is taking place, she says noise levels affect how New Yorkers behave.

“Some of the reason people walk fast is to get away from the noise and New Yorkers talk loud because we are competing with sounds,” she tells AFP.

For a long time, officials minimized the consequences of noise pollution, accusing people of exaggerating—a bit like how the tobacco industry spent decades refusing to acknowledge the risks of smoking on your health.

But today she credits authorities with being “cognizant of the problem.”

The first results gathered by Bello’s team tend to confirm that the problem is under-reported, that there are more noise violations than the 311 log seems to suggest, at least for sounds linked to construction.

New York may not be the only loud city in the world, but Bello calls it “a perfect laboratory” to test solutions that can be adopted and transferred “to many other places in the US and around the world.”

“That’s ultimately the objective,” he says. “We will generate a core set of technologies that can be applied to this problem anywhere.” JPV