He demonstrated his creation in Central Park, New York wearing a full Mario costume, red shirt, jumpers and all.

Singh’s AR Mario Bros. game allowed him to interact with the level in the same way as Mario would from the old 2D side scrolling game. Punching on a block releases a mushroom while stomping on goombas kills them.

One of the limitations as seen on the video are the obstacles, like the green pipes and blocky hills, that Mario obviously can’t climb up on. To pass the level, he simply walks around them, whereas in the original game players had to jump over them. However, if physical obstacles were put in place and overlaid by Singh’s 3D models, they could work as actual interactive obstacles within the AR game.

Two recordings were made for Singh’s demonstration, one from the Hololens itself and another following his movements from the side. Passersby would have probably thought of him as silly considering that he interacted with virtual objects which only he could see while wearing an expensive piece of headgear.

The Hololens is a piece of technology exclusively designed and created by Microsoft. It’s a mixture of augmented reality and hologram technology. The big difference between standard AR is that Hololens recognizes gestures. Users could then interact with the AR elements projected on the Hololens’ eyepiece using a variety of gestures like pinching with the index finger and thumb. Apart from games, Hololens technology is also being developed for application in various industries such as design, construction, maintenance, and more.

Singh also has a number of other creations and projects listed on his personal website, including a virtual reality game where players ride a flying dragon. JB 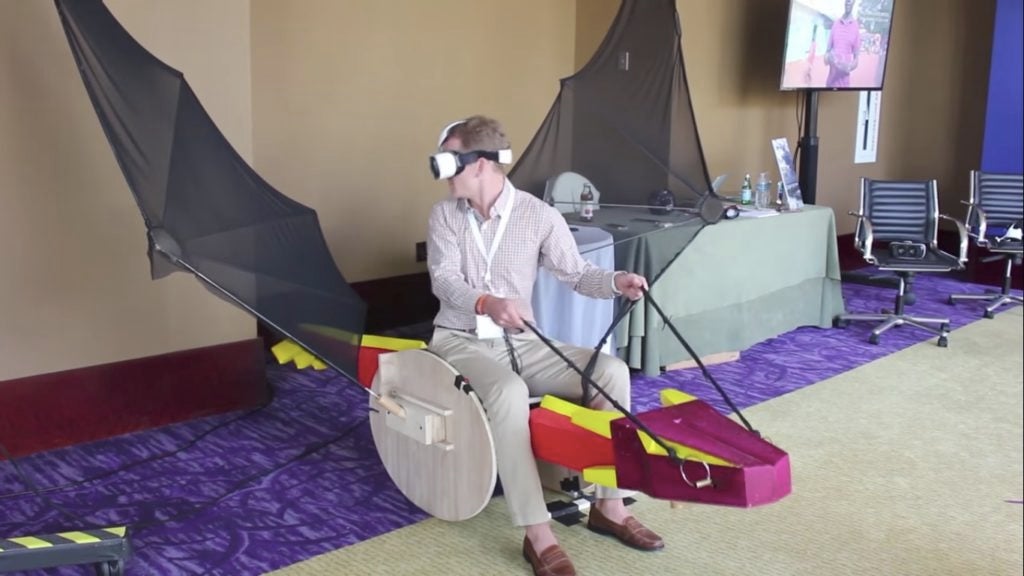 The UFC is venturing to virtual reality