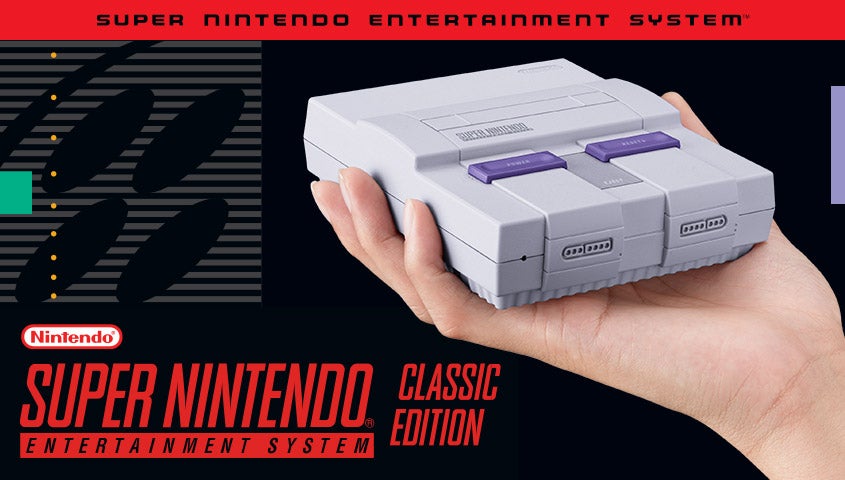 Nintendo recently made an announcement on their website regarding another  “classic edition” game console in the works. This time, the Super Nintendo Entertainment System (SNES) will be making its way into living rooms in a palm-sized mini format.

The SNES classic will come preloaded with 21 games which includes “The Legend of Zelda: A Link to the Past”, “Super Mario World”, “Contra III: The Alien Wars” and “Final Fantasy III”.

An unreleased “StarFox 2” game is also included. Players need to first beat the first level of “StarFox” to unlock and play “StarFox 2”.

Nintendo stated: “Even for super fans who have played all of these games multiple times, the inclusion of the never-before-released Star Fox 2 game will offer them something entirely new to enjoy – if they can unlock it by proving their skills in the original Star Fox game. (Well, they only have to complete the first level – we didn’t want to make it too hard!)”

Here is the full list of games included in the SNES classic.

Nintendo will start selling the SNES classic console on September 29 for $79.99 (roughly P4,000) . It will come bundled with an HDMI cable, a USB charging cable and two wired SNES Classic Controllers. These two controlers will come in handy since some of the included games like “Street Fighter II” and “Super Mario Kart” are best played with a friend. JB