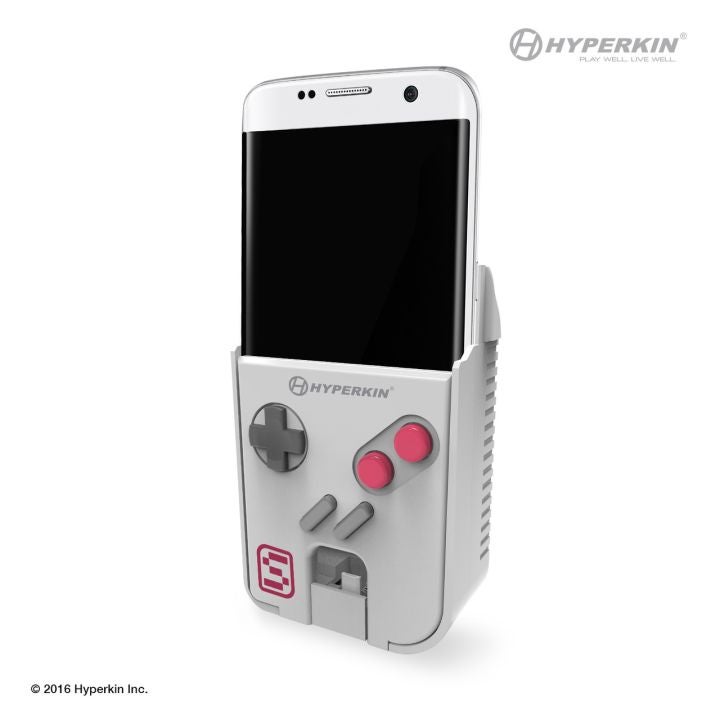 The Hyperkin Smart Boy is designed to mimic the Nintendo Game Boy in form and function. Image: Hyperkin via AFP Relaxnews

Hyperkin’s European partner PQube explains that the SmartBoy is being released in cooperation with Samsung, and connects through a USB Type-C, a feature present on the Samsung Galaxy S8 and compatible devices.

The piece of portable retro kit started as an April Fool’s joke but, instead of solely relying on Android apps and data files, it can also accept cartridges originally made for both the Game Boy and 1998’s Game Boy Color.

Hyperkin has made pre-release units available under the guise of a Smart Boy Development Kit on the Hyperkin Lab website, offering a percentage of retail unit royalties to “anyone that can improve the Smart Boy’s serial app and firmware.” JB