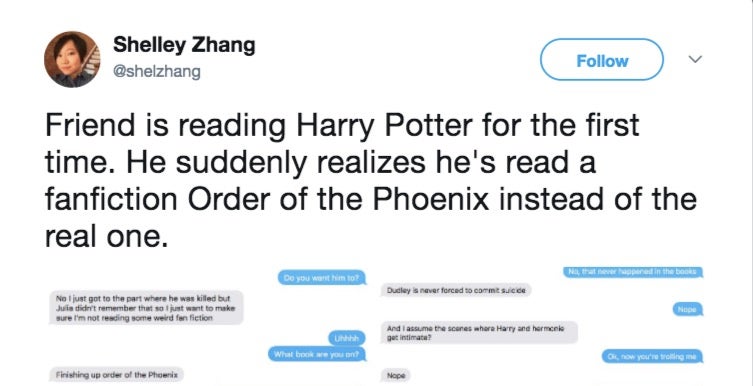 Even though the “Harry Potter” book saga has already ended, it’s still not too late to get in on the fandom. You just have to be careful that what you read is the official material and not fanfiction.

Twitter user Shelley Zhang (@shelzhang) had to properly orient her friend named Chris, according to Huffpost, when they both discovered that the friend had been reading a fanfiction version of “Harry Potter and the Order of the Phoenix.”

It started innocently when Chris privately messaged Shelley on social media, asking, “So Dudley dies in Harry Potter right?” To which she responds, “Do you want him to?”

It turns out that Chris was just about to finish reading “Order of the Phoenix”, the fifth book in the “Harry Potter” series, and started noticing some odd developments between the characters. 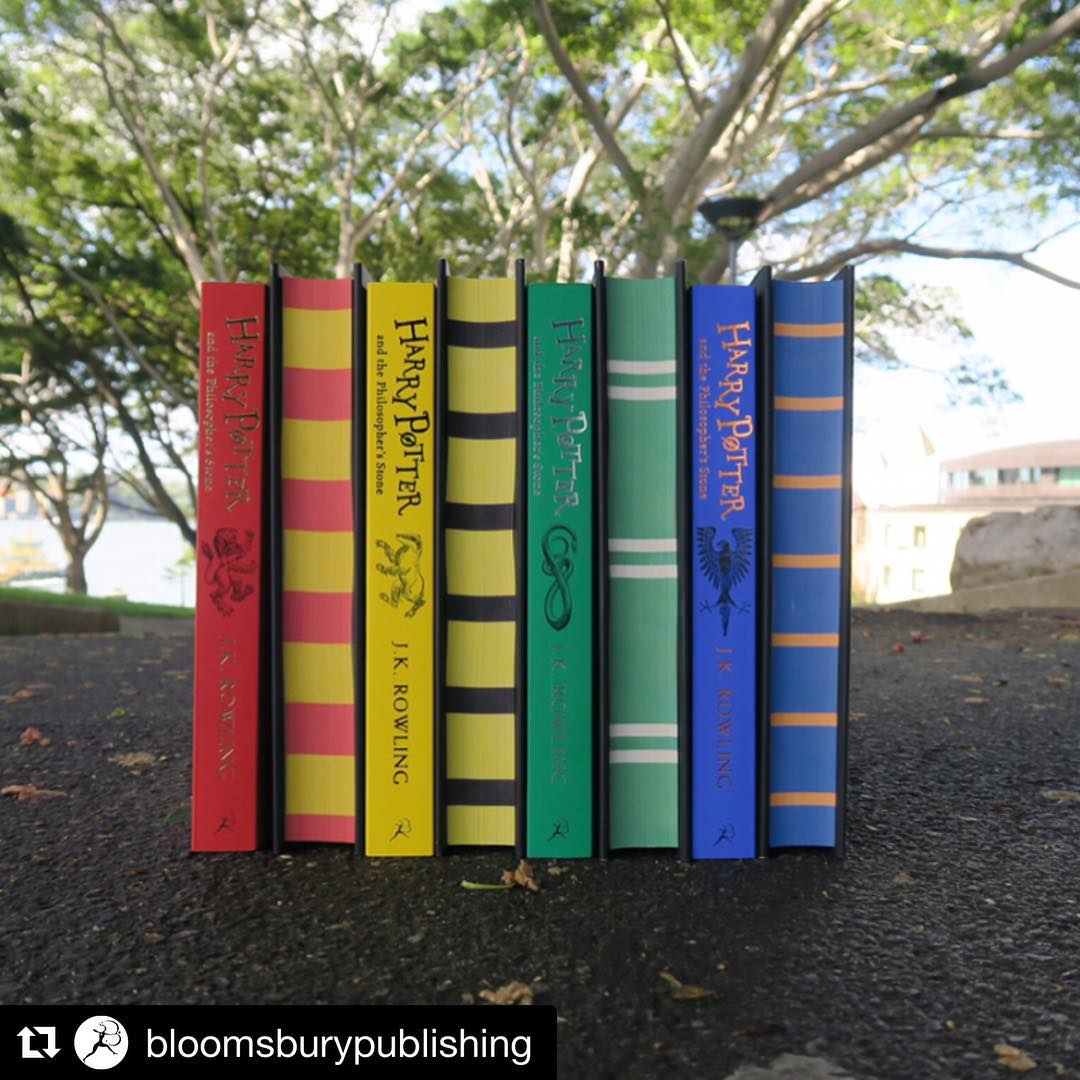 Chris continued to relay to Shelley all that he had read about, to her amusement, which included an intimate relationship that developed between Harry and Hermione.

And poor Ron got the short end of the stick.

There was even a thing between Ginny and Draco.

To Chris’ humored surprise he exclaimed, “What sick freak wrote this?!?!”

Shelley was eventually able to set her friend straight and confirmed that the friend’s copy of “Order of the Phoenix” was actually fanfiction work titled “Harry Potter and the Psychic Serpent” written by Barb LP. JB

ADVERTISEMENT
TOPICS: fanfiction, Harry Potter, NSFW, order of the phoenix
Read Next
Cosmologist Stephen Hawking on being sucked by black hole: ‘There’s a way out’
EDITORS' PICK
Water remains our saving grace right now
DOLE: Return of OFWs’ remains from Saudi to be ‘delayed,’ deadline moved to ‘early next week’
‘Justice will be done,’ Duterte assures as he vowed probe on Jolo incident to bare ‘truth’
Smart releases Hyun Bin’s second TVC
EuroMillions Superdraw: A lottery draw unlike any other is coming to the Philippines
Current dominant strain of COVID-19 more infectious than original—study
MOST READ
Locsin warns of ‘severest response’ if China’s army drills in SCS ‘spill over’ to PH domain
Duterte tells military: No other president looked at you the way I did
BREAKING: Duterte signs anti-terror bill into law
‘Very timely, historic’: Senators laud passage of anti-terror bill despite ‘pressures’
Don't miss out on the latest news and information.