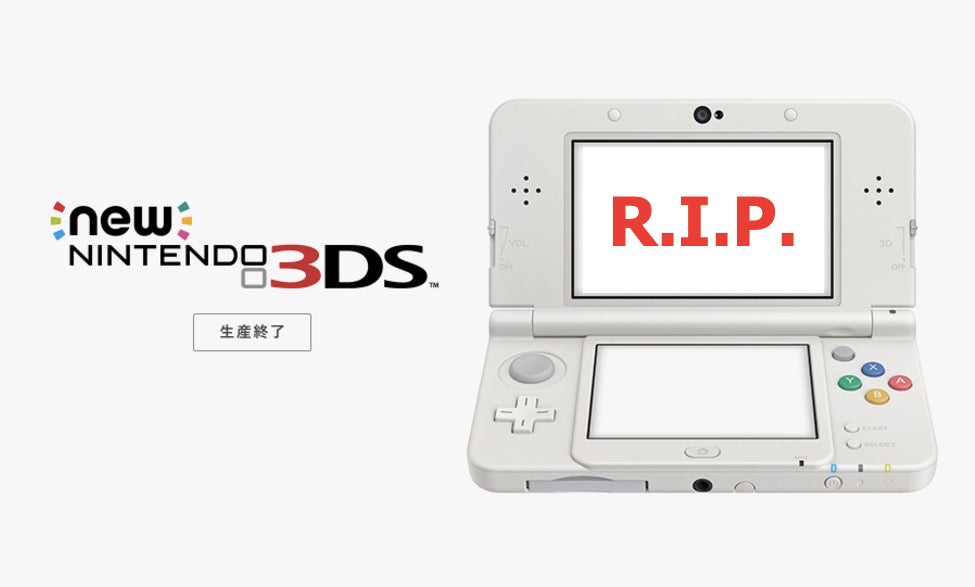 Another gaming console ended its production run in Japan. This time, it’s for the New Nintendo 3DS handheld console.

According to Kotaku, the Japanese website of the New Nintendo 3DS has listed the console as “すべて生産終了しました。” which roughly translates as “all production ended.” 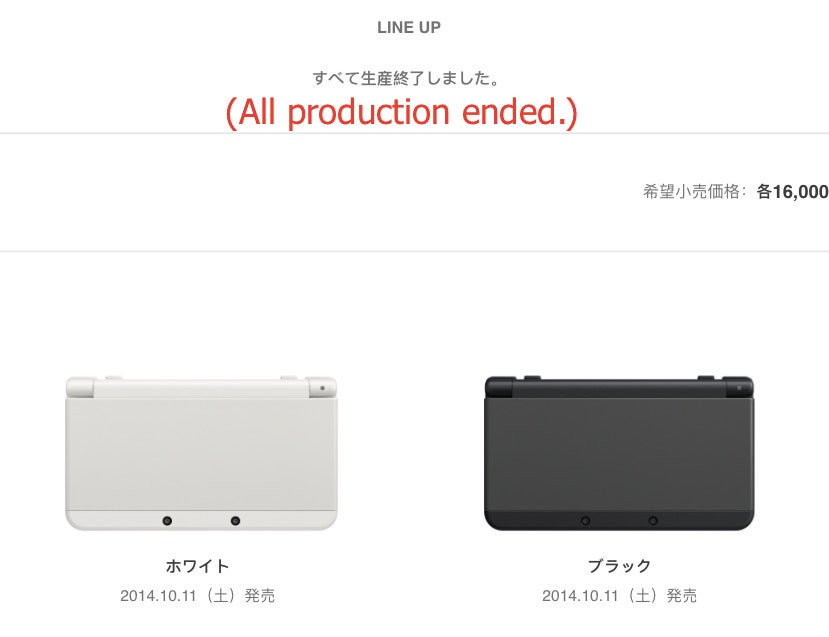 On the other hand, the page for the New Nintendo 3DS XL did not have such a notice on the ラインナップ or “Line Up” section of the page.

This is not the first time that Nintendo has “announced” the end of production for one of its products. Earlier in February, end of production in Japan for the Wii U home console was made known to the public in a similar way.

For now, end of production for the handheld console in other countries has not been announced.

The New Nintendo 3DS was released into the Japanese market on October 11, 2014. Meanwhile, a previous report stated that Nintendo is considering the future of the 3DS line of handheld gaming consoles, and development of new consoles is speculated to be underway. Alfred Bayle/JB