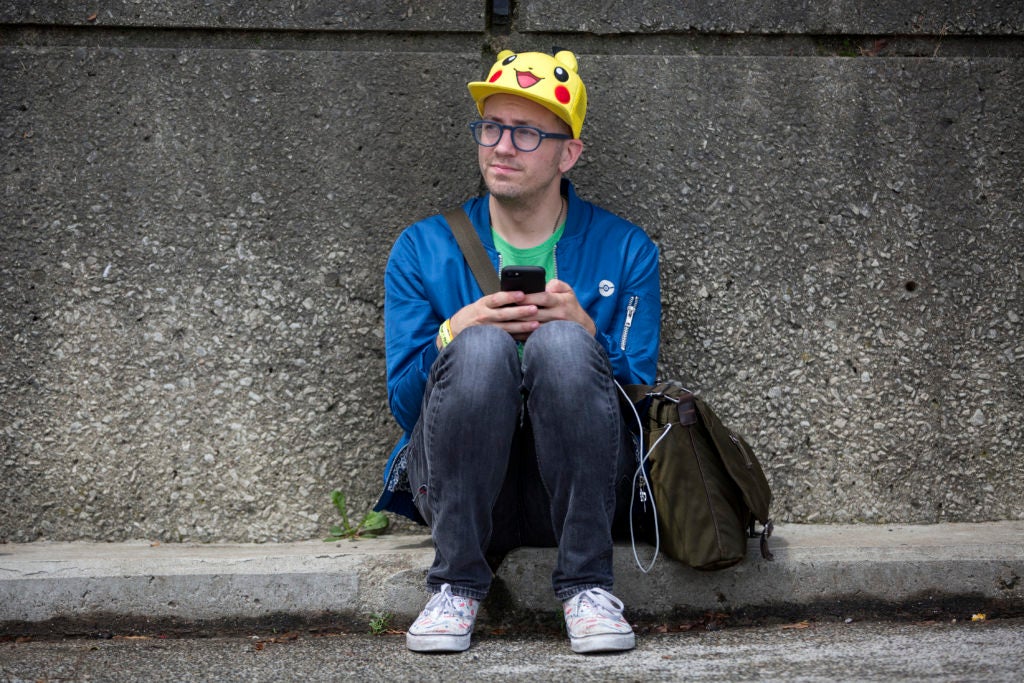 Ryan Copple of Los Angeles sits in the shade as he struggles to play Pokemon Go at the Pokemon Go Fest Saturday, July 22, 2017, at Grant Park in Chicago. Many festival attendees had trouble getting the augmented-reality cellphone game to work. By the afternoon, Mike Quigley, chief marketing officer of the game’s developer, Niantic, announced all ticket holders would receive refunds and be issued $100 in credits for use in the app. Copple came to Chicago from Los Angeles just for the event. AP

CHICAGO, United States — A major Pokemon Go festival in Chicago Saturday to celebrate the one-year anniversary of the virtual game went badly awry when technical glitches prevented many fans from logging on.

The problems forced Niantic Inc., the developer of the wildly popular augmented reality game, to issue a statement saying everyone who registered for the event would get a full refund for the $20 tickets and $100 in credits for use of the app.

Niantic CEO John Hanke was booed when he took the stage at Chicago’s Grant Park to address the thousands of frustrated Pokemon enthusiasts.

Some in attendance had paid as much as $400 online for the tickets, which sold out within minutes of their June release. While no official attendance figures were available, organizers had planned for as many as 20,000 Pokemon players and “trainers” at the festival billed by Niantic as the first official anniversary event in the world.

John Haberkorn of Chicago, a member of the Official Pokemon Go 40 Club, an international online community of high-level players, said he started waiting in line for the opening of the festival at 6 a.m.

“The excitement has just been drastically minimized because of what we’ve experienced today,” Haberkorn told the Chicago Tribune.

Late in the day, Niantic’s Chief Marketing Officer Mike Quigley tried to placate irritated players by announcing that everyone who scanned a code when they entered the park would automatically receive the Legendary Pokemon Lugia, a rare and powerful creature difficult to defeat in virtual battle and prized by Pokemon enthusiasts.

Niantic says Pokemon Go has been downloaded 750 million times since it was launched. The augmented reality game that uses GPS to locate, capture, battle and train virtual creatures was introduced in the United States in July 2016. CBB