As top tech companies shift gears toward artificial intelligence (AI), Tesla CEO and visionary Elon Musk is cautious about the progress being made.

While most companies on cutting-edge technology would prefer little to no government barriers, he has been actively advocating government regulations.

Musk warned of the dangers that robots could bring before the National Governors Association. “I have exposure to the very cutting edge AI, and I think people should be really concerned about it,” he said, according to a Biz Journals report. He has called AI “the biggest risk we face as a civilization.” 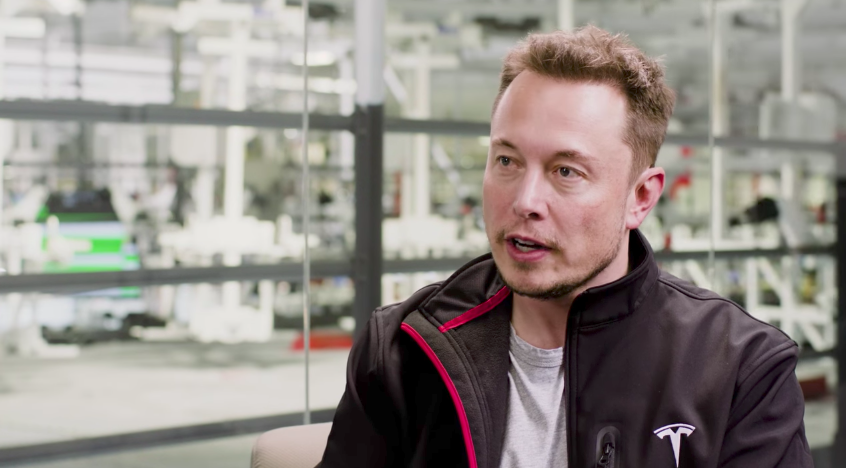 He added, “I keep sounding the alarm bell, but until people see robots going down the street killing people, they don’t know how to react, because it seems so ethereal.” 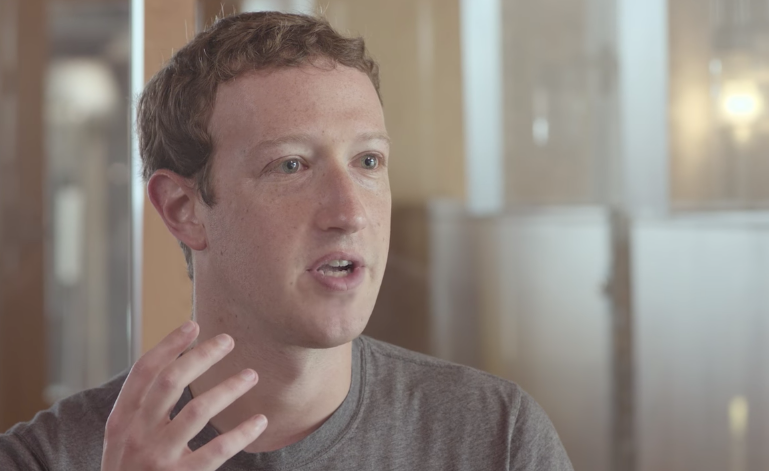 At a Facebook Live Q&A from his Palo Alto home, he said, “I think people who are naysayers and try to drum up these doomsday scenarios—I just, I don’t understand it. It’s really negative and in some ways I actually think it is pretty irresponsible.”

He would like to use AI for services such as autonomous cars to reduce car accidents and to detect diseases.

Facebook is part of a consortium of tech giants that count Microsoft, Amazon, Google and IBM as members uniting to ensure AI is made ethically and with transparency. The organization founded in 2016 is known as “Partners in AI,” reports Business Insider.

After an article on Zuckerberg’s opinions was published, Musk responded on Twitter, “I’ve talked to Mark about this. His understanding of the subject is limited.” 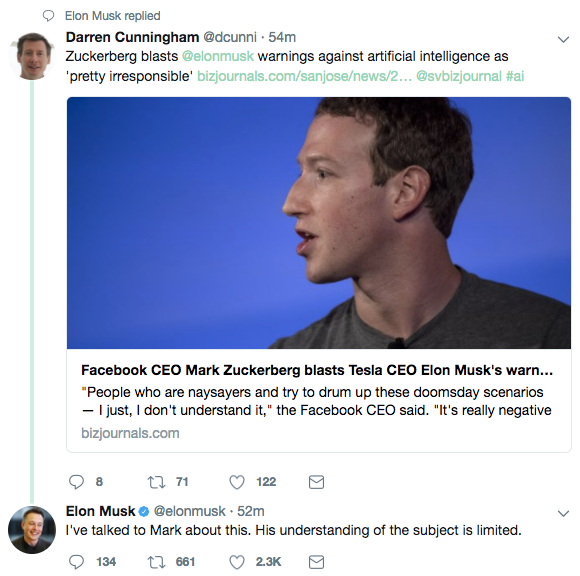 When pressed to reveal more on the subject, he revealed that a “movie…is coming soon.”

Musk has spearheaded efforts to keep ahead of machines: non-profit research company OpenAI aims to promote and develop AI for the benefit of humanity while company Neuralink seeks to connect human minds with technology.  /ra

Elon Musk: Before bringing people to Mars, he’ll ‘save souls’ from traffic first