Possible vaccine for Type 1 diabetes being moved to human trials 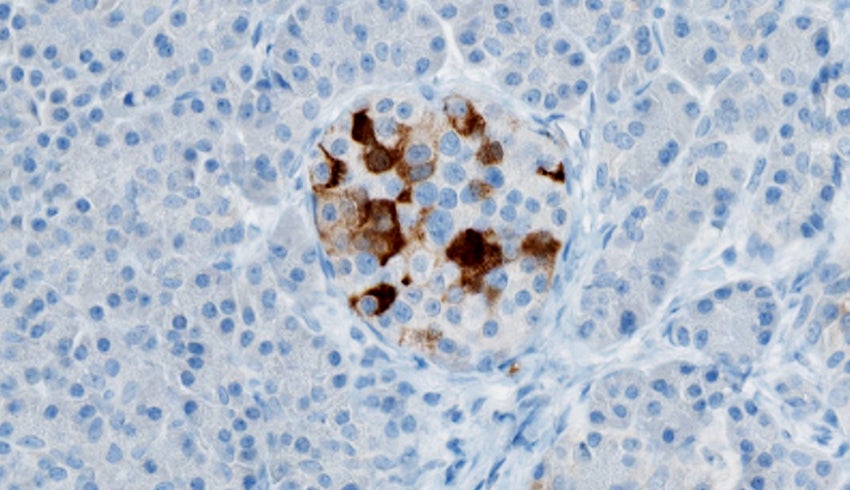 The brown area in this image shows how enteroviruses damage the insulin-producing cells in the pancreas. Image: University of Tampere official website

A ray of hope shines down on diabetics as an experimental vaccine for type 1 diabetes is being prepared for human trials.

A team of scientists, headed by professor of virology Heikki Hyöty from the University of Tampere in Finland, announced that they have developed a prototype vaccine that could permanently prevent type 1 diabetes from developing. Plans for human trials are currently being drawn up, according to a news release from the University.

“Already now it is known that the vaccine is effective and safe on mice,” Professor Hyöty confirmed. ” The developing process has now taken a significant leap forward as the next phase is to study the vaccine in humans”.

The vaccine was based on a 25-year long study on the connection of viral infections with type 1 diabetes. The study discovered that a virus group called enteroviruses played a part in causing the illness.

This happens when the viruses infect the insulin-producing cells in the pancreas which often lead to permanent damage—resulting to the organ’s inability to produce insulin for the body and requiring daily insulin injections.

Examples of enteroviruses include the common cold, ear infections, meningitis, and myocarditis.

Unfortunately, Hyöty explained that despite the apparent effectivity in prevention, the vaccine has yet to completely cure existing diabetes.

For now, the human trials aim to prevent the onset of as many type 1 diabetes cases as possible. This will take around eight years to ascertain whether the vaccine did its job or not, the report said.

Finland, meanwhile, currently has the highest number of type 1 diabetes cases in the world. The urgency to find a cure is further amplified by the burden that this illness is placing on public health care.  The reduction in quality of life and average life expectancy is also a cause for concern. KI