‘The Sims 4’ slated for November release on PS4, Xbox One 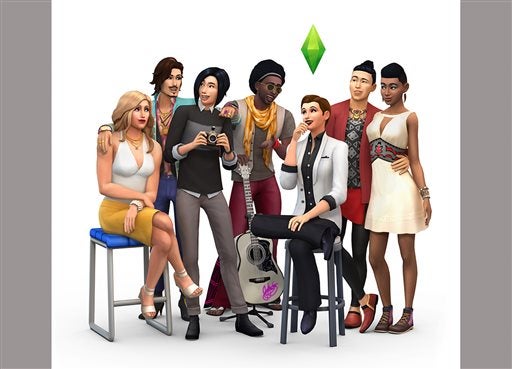 This image, released by Electronic Arts, shows the new diverse characters that will be available on “The Sims 4”, the latest edition of “The Sims” video game. Image: Electronic Arts via AP

The pioneer of all life-simulation video games is back and it’s finally coming to two major consoles.

Shortly after a leaked console version of “The Sims 4” made its rounds online, video game publisher Electronic Arts (EA) confirmed that the highly anticipated game will be coming to Xbox One and Playstation 4 on November 17.

Coming off the success of its PC version back in 2014, the new and improved console variety will feature the base game and multiple content add-ons from the previous title.

The company, as per GameSpot, also guaranteed fans of “periodic game updates and extra content releases.”

Following the latest trend of popular gaming titles, EA will also reward those who would secure the game in advance. Pre-order bonuses include the Perfect Patio Stuff pack, which as the name implies, comes with an exclusive hot tub selection and “tons of bonus décor for your outdoor oasis.”

Those who would opt for the Deluxe Party Edition, meanwhile, will get their hands on special content like a “Flaming Tiki Bar, outrageous costumes, silly animal hats and more,” which is available three days before the initial release.

Xbox One users will also be thrilled to know that they could sample the game a week earlier using the Xbox Live feature. This starts on November 9, for no extra charge. Khristian Ibarrola/JB