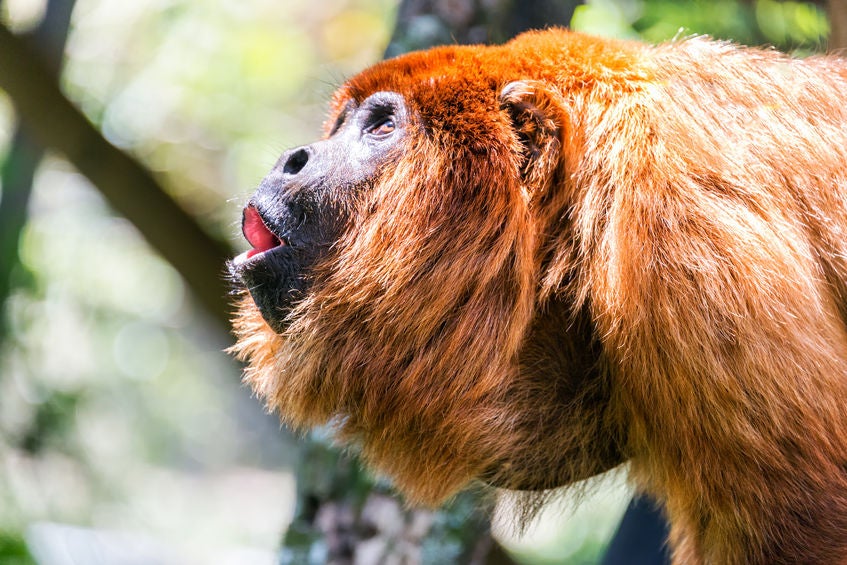 A group of scientists have discovered that an evolutionary adaptation, which gave some howler monkeys louder calls to better mates, developed small testicles as a result.

The study was done by researchers from Cambridge University and published on the online journal Current Biology under the title “Evolutionary Trade-Off between Vocal Tract and Testes Dimensions in Howler Monkeys”.

These researchers observed that howler monkeys with large hyoid bones in their voice boxes produced loud, low-pitched calls that help to make them seem larger, and therefore more attractive to females.

“As a result of their anatomical modifications, howler monkeys produce exceptionally low-frequency vocalizations for their body size compared with other mammals,” the researchers wrote.

Because these Pavarottis of the howler monkey world had less trouble attracting and creating an exclusive harem of females, they tended to have smaller testicles. This is because there was no need to compete so fiercely with other males when it came to mating.

On the other hand, those less gifted in the vocal department lived in large groups of single males. These males repeatedly mate with females in the group, leading them to develop larger testicles to ensure the impregnation of the female with their offspring. The monkey with more and stronger sperm gets to be the daddy.

In effect, male howler monkeys have developed two strategies to win in the reproduction competition: vocal power and balls size.

While these strategies appear to be effective in prolonging the species, the concept of overcompensation also comes to mind when thinking about the more vocal howler monkeys. Alfred Bayle/JB

What makes a dog man’s best friend? It’s in the genes