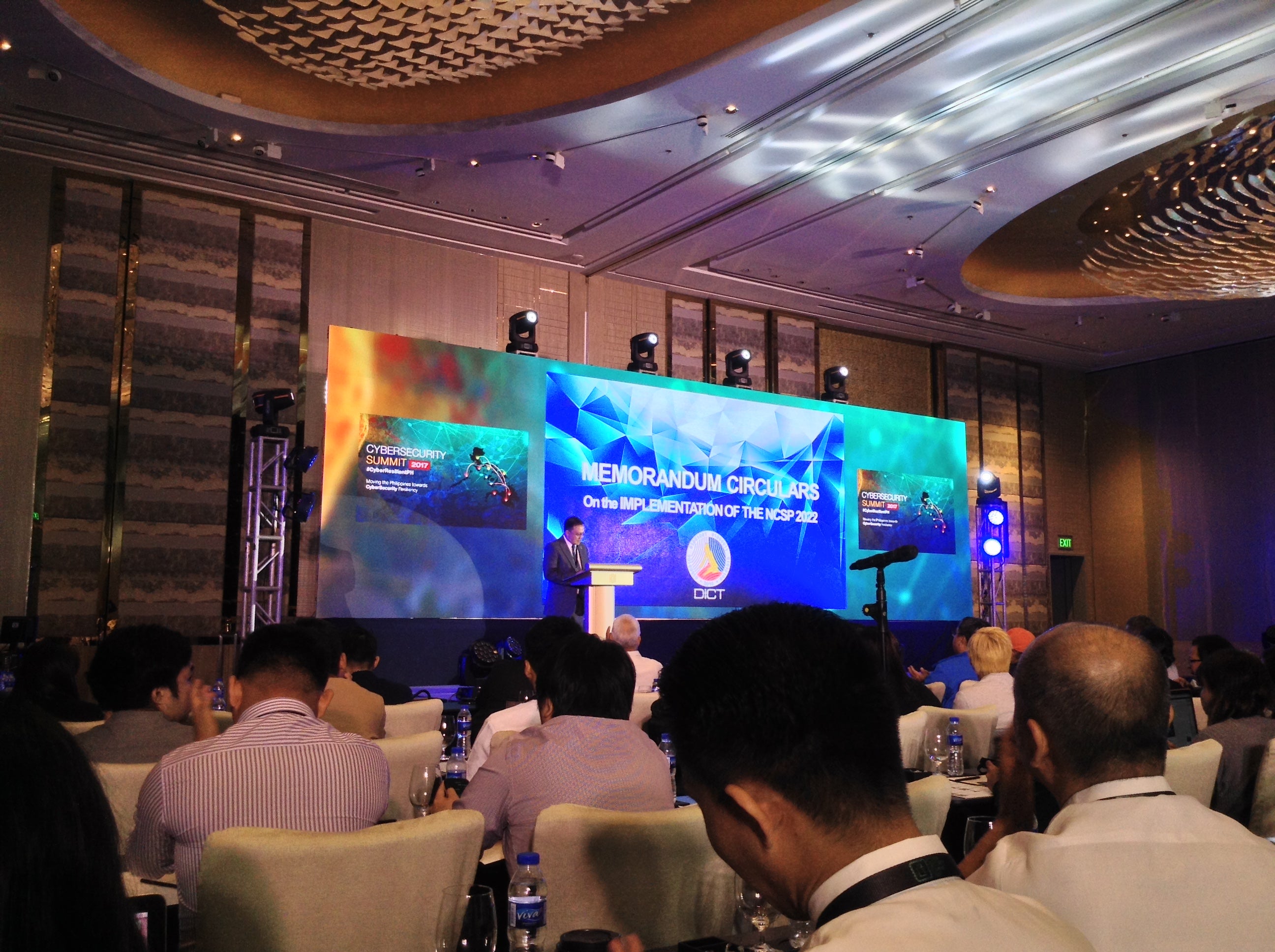 The Philippine government and an international cybersecurity firm have formed an alliance to address cybersecurity threats in the country, as fast-growing economy has become a magnet for cybercriminals.

The Department of Information and Communications Technology (DICT) and international cybersecurity firm Kaspersky Lab vowed on Thursday to combat the escalating number of cyberattacks against businesses in the Philippines through sharing of intelligence and technology between public and private sectors.

“Cybersecurity is a whole-of-nation approach. We must work together to attain a cyber resilient Philippines,” DICT Assistant Secretary for CyberSecurity and Enabling Technologies Allan Cabanlong said during the CyberSecurity Summit 2017.

The DICT also released its department order that will be fundamental to the implementation of the National CyberSecurity Plan 2022 (NCSP), which aims to protect government networks, critical infrastructures, and individuals against cyberattacks.

The NCSP was recently formed by the government to beef up the country’s cybersecurity policies.

In the same summit, Kaspersky Lab provided an overview of the local threat landscape by tackling organized cyberattacks in the country.

“As one of the fastest growing economies in the Asia-Pacific region, it is undoubtedly high time for the Philippines to take cybersecurity seriously. Its impressive economic numbers and its growing, active online population make the country a ripe target in the eyes of cybercriminals,” Kaspersky Lab Asia Pacific Managing Director Stephan Neumeier said.

Kamluk added that about three in 10 Filipinos with smartphones had been infected last year.

The whole day summit included simulations and workshops on cybersecurity implementations in three major sectors such as government, banking and finance, and critical infrastructure facilitated by executives from Kaspersky Lab.

The country’s cybersecurity is a “question of anticipation and mitigation,” DICT Secretary Rodolfo Salalima said in a press conference held as part of the summit.

“My reading on cybercrime and security indicates that… we simply cannot, cannot prevent cyberattacks, because cyberattacks are unilaterally launched by the cybercriminals,” Salalima said.

All we can do is anticipate possible and prevent cyberattacks, which have adverse effects on people, business and government, Salalima said.

Salalima assured the public that the DICT is doing its job to improve the country’s cybersecurity policies.

“These preparations… anticipation [are] not only our duty. It is also the Filipino people’s responsibility,” he added.

The DICT together with the Kaspersky Lab, a global cybersecurity company, held a cybersecurity summit to discuss cybersecurity measures in the country particularly the nation’s critical infrastructure, government and individuals.