We’re all very reliant on our smartphones nowadays. It’s hard not to be; these handheld devices have so many functions that it’s like having a digital Swiss knife with you all the time. And we’re so used to being able to do multiple things with little effort that’s it’s easy to take for granted the amazing leaps in technology that goes into every phone.

OPPO phones, for instance, go through more than 150 tests in their Quality Engineering laboratories. These involve electrical performance tests, structural tests (which are about the over-all durability of phones), and environmental aging tests (which have to do with how phones adapt to various environments as well as being used for a long time). The laboratory tests, as well as the creation and assembly of all phone parts, are conducted inside a single facility to ensure that the highest standards are met by every product before they are rolled out to the market.

Have you ever wondered what your smartphone goes through before it hits the stores? Here are nine of the most important (and interesting) laboratory tests involved in manufacturing your device: 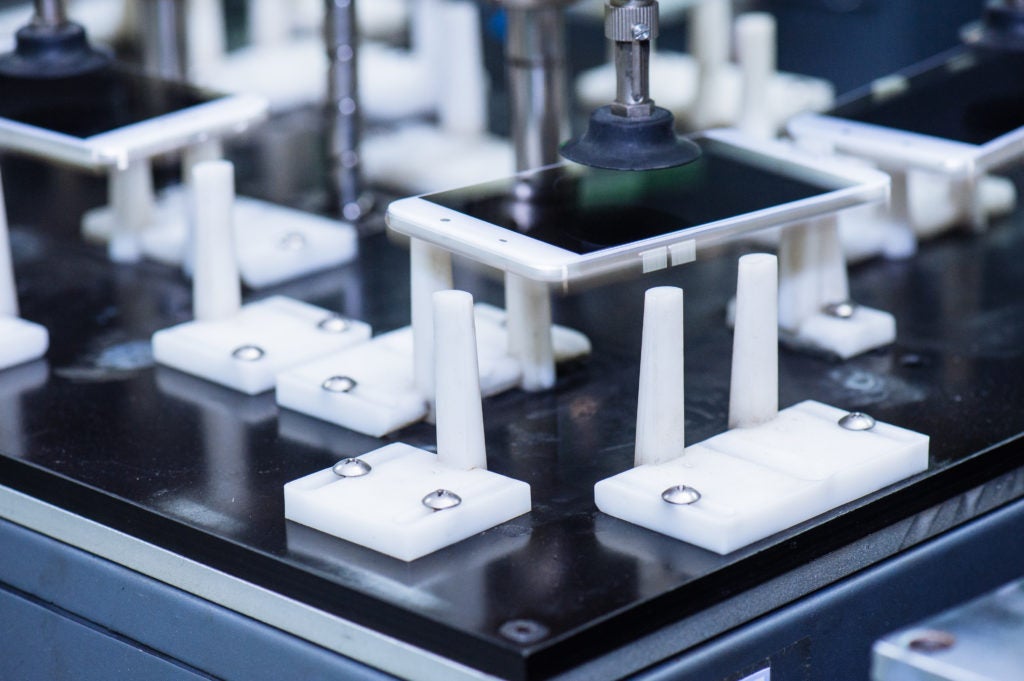 Micro Drop Tests ensure that your phone can survive the numerous accidental slips and falls that’s bound to happen to it. The front and back areas of the handset will be thrown from a height of seven centimeters 20,000 times each, and then it will also be thrown from its other four sides. Each phone is going to be dropped a total of 42,000 times before they can pass this test. 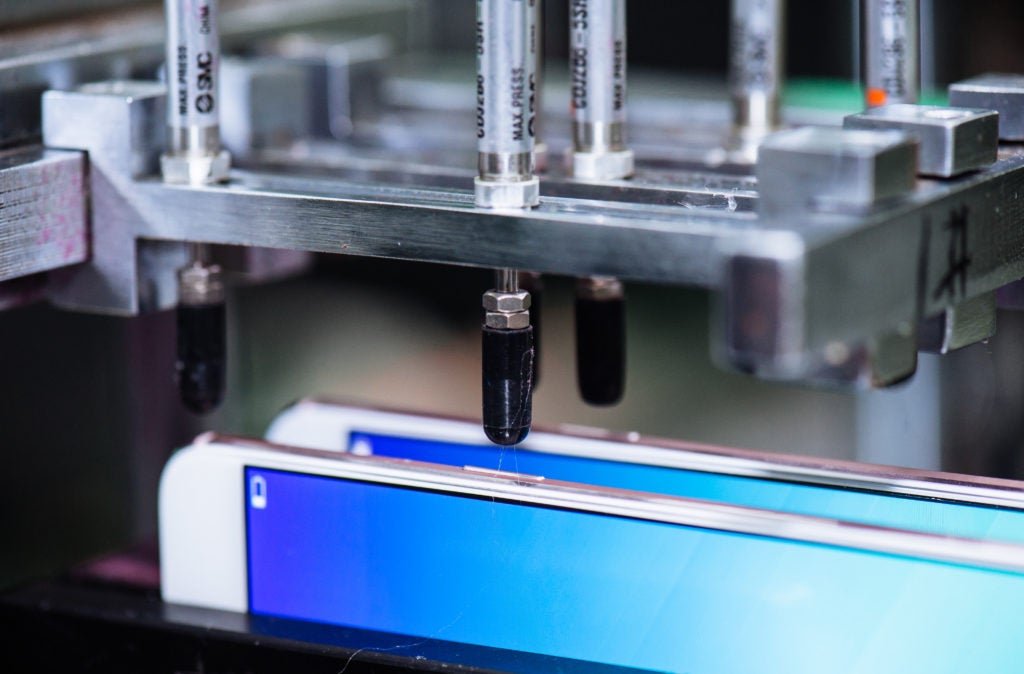 During the Button Click Test, the power and volume keys are tapped 100,000 times each with a one-kilogram force. Then, the fingerprint key is tapped a million times. If you click these buttons 50 times per day, it’s going to take you six years before you can complete 100,000 clicks. Imagine how quickly these machines work! 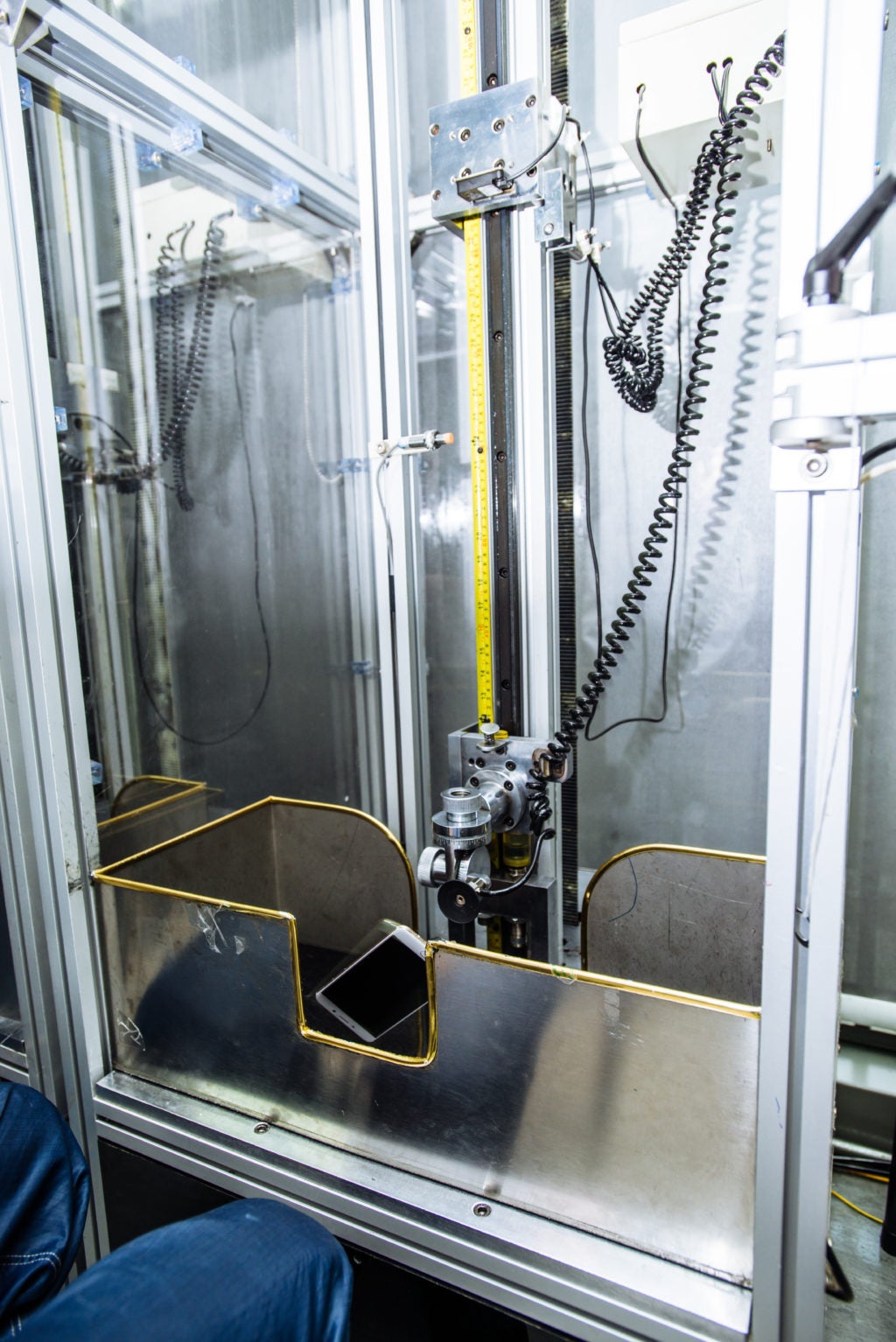 How many times have you accidentally dropped your phone from a table or a chair to the floor before? In the factory, they do it on purpose. To pass the Drop Test, each handset must survive falling from a minimum height of 1 meter. Phones will be dropped twice on its six surfaces, eight corners, and twelve edges. If the first part of the test is successful, the height will be raised to 1.5 meters and the phone will be dropped the same way as before. Manufacturers do this test up to a height of 1.8 meters. 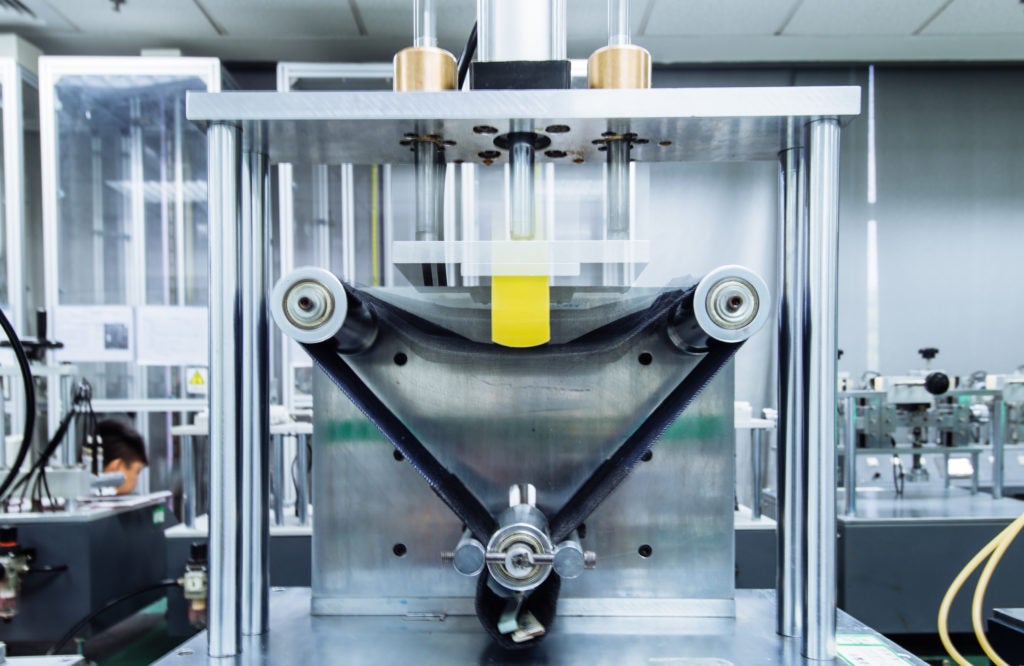 Since users usually keep their phones in their pockets or in their bags along with other things like keys, books, and other electronics, manufacturers need to ensure that the devices won’t be damaged by being pressed up against everyday objects. Using this machine, the Press Test simulates the scenarios and makes sure that the handset will not have minor scratches or other damages on its surface. 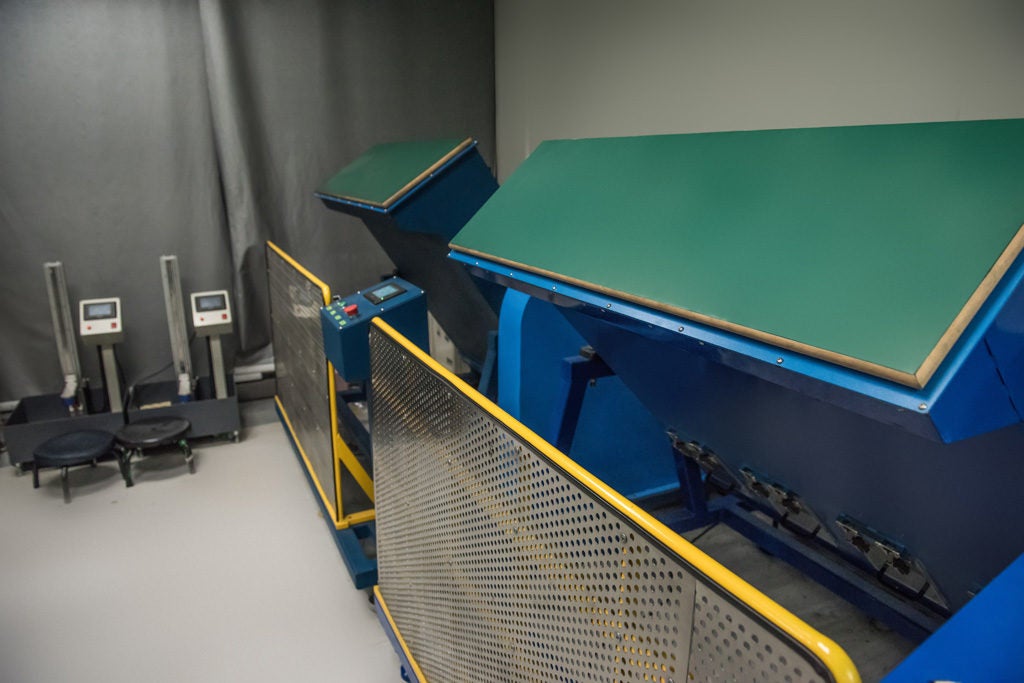 Along with the Micro Drop and Drop Tests, the Tumble Test is supposed to assess the durability of phones. Ever had one of those accidents where you drop the phone then it tumbles down, maybe on a flight of stairs or some other tilted surface? The Tumble Test is quite similar to that. Manufacturers put the phones inside a roller and they rotate it 75 times at a speed of three to five times per minute. That is equivalent to a handset falling from a one-meter height and tumbling 150 times. After the tumble, they check if the phone still works and then disassemble it to check for internal structural damage. To pass the test, there should be no cracks on the exterior of the phone and no function failure as well. 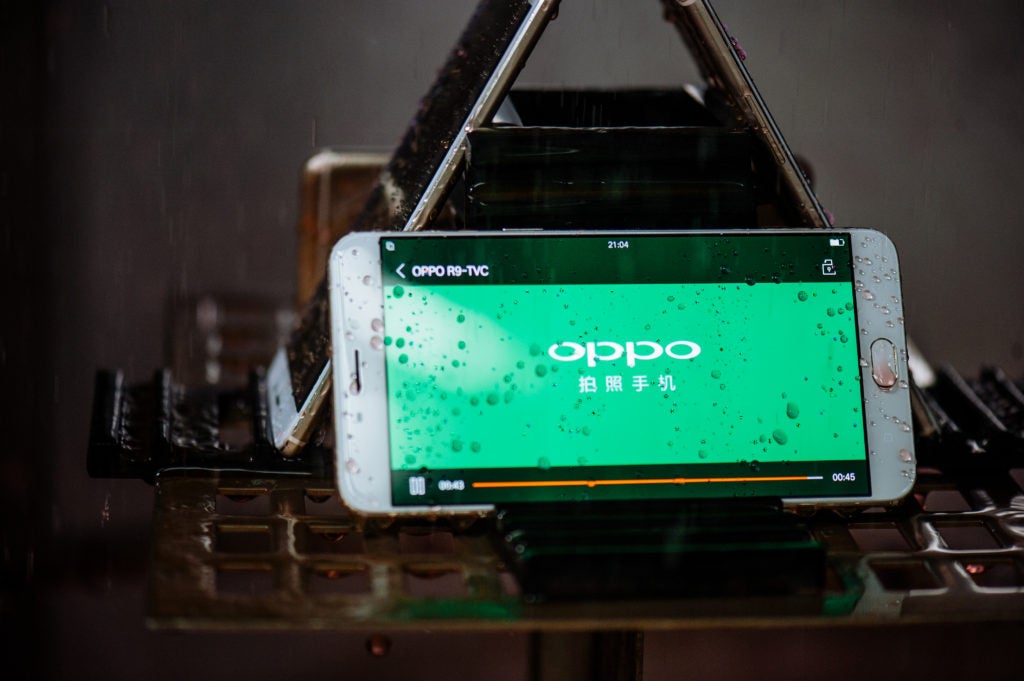 A lot of smartphones these days are made water-resistant, and they simulate rain to test this capability in factories. The handset is tilted at a 75° angle on its side inside the machine. After ten minutes in the simulated rain, the units are checked to see if they are still functioning properly. They are set aside for three days to let the moisture fully evaporate, and then disassembled again to check that the main board and display screen have not been corroded by the water. 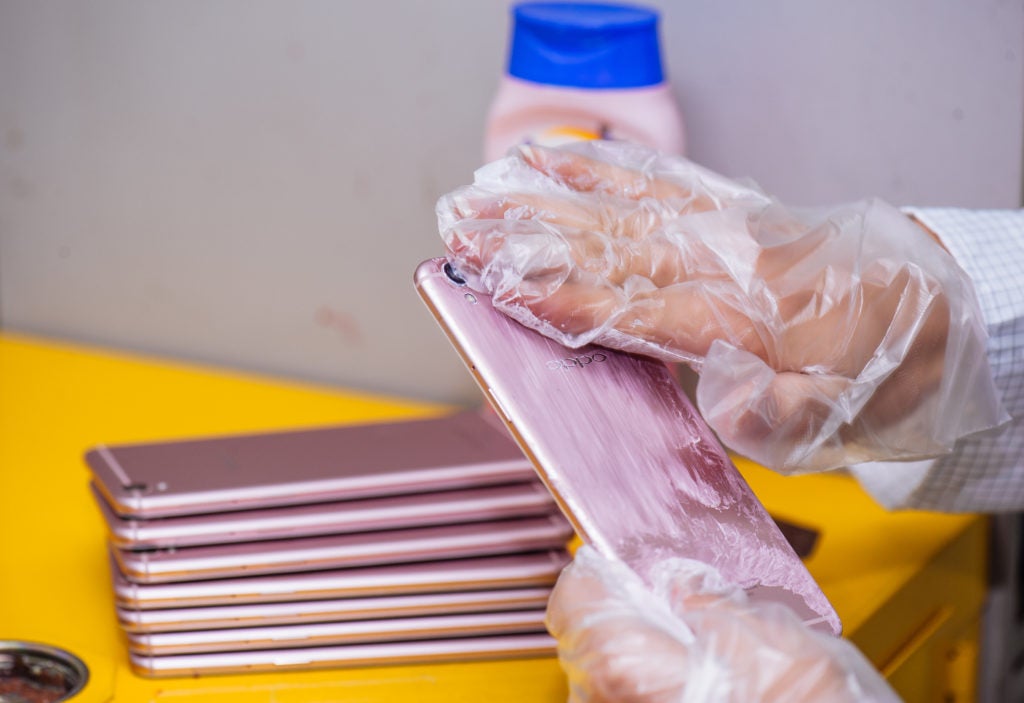 Manufactures also conduct tests to make sure that the covering of phones have no adverse reactions (discoloring, etc.) when exposed to common chemicals and compounds. To do this, they apply household items like cooking oil, lotion, and even carbonated beverages on the handsets. The Cosmetic Test is implemented for 24 hours before the units are wiped clean. 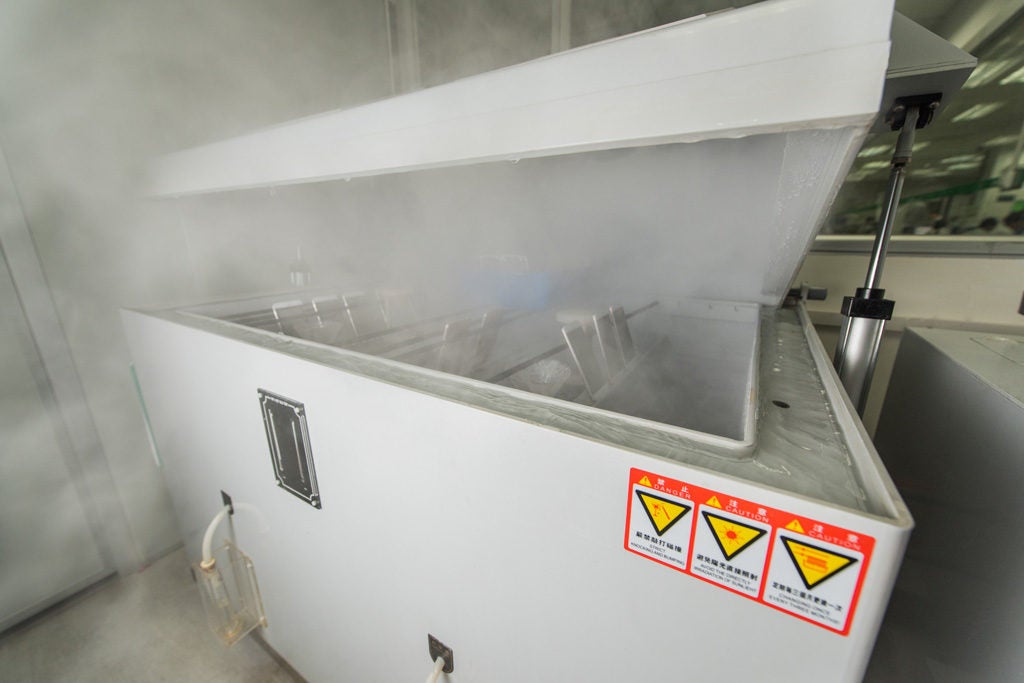 Smartphones should also be able to survive under extreme-temperature environments. To test this in factories, manufacturers place phones inside a machine and subject them to both cold and hot temperatures. The units are placed under 85°C- 40°C for 500 hours. After the test, the phones will be checked to see if they are still functioning properly. 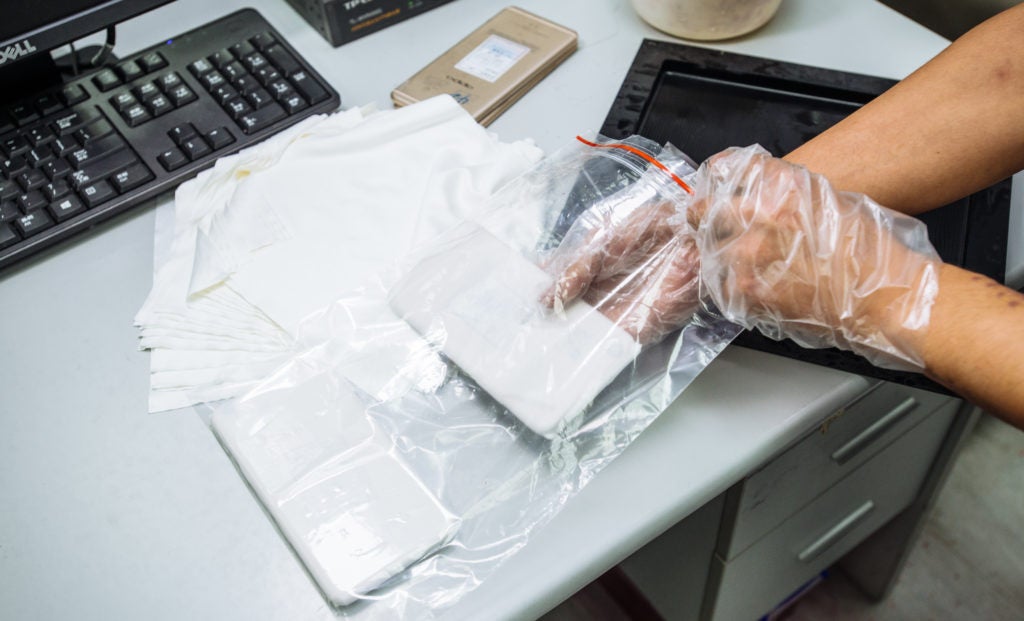 Did you know that phones also have to be tested if they can withstand our sweat? It sounds weird, but it’s true. What’s even weirder is how they do it. No, they do not hire people to sweat over the handsets. They create artificial sweat, dip a piece of cloth in it, and wrap that sweat-soaked cloth around the phone. The units are stored in a hot and humid environment (55°C and 95%H) for two days (48 hours). Afterwards, the phones are unwrapped and checked to see if they’re still working.

These are just some of the stringent laboratory test every piece of functioning OPPO phone you see in stores had to go through before they are rolled out for selling. There are tons of others: battery tests, camera tests, USB port tests, even an earphone plugging test.  All these are to ensure that no subpar unit makes it out to the public. Makes you appreciate that little device you have in your hand right now, doesn’t it?