Police had to handle a lost-and-found situation that was only slightly different from the usual.

On Aug. 10, police in Granby, Connecticut, they spotted a roaming llama who appeared to have been separated from her owner. 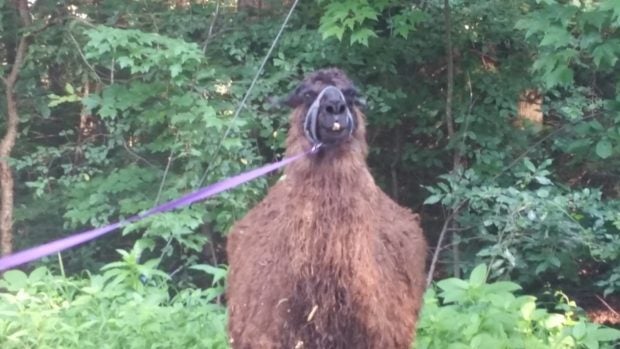 Knowing that social media was effective in getting the word out, they took to Twitter to announce the estranged animal.

If you are missing this, please contact the Granby Police. No, we are not kidding. pic.twitter.com/jAGbo42oNr

There were a bunch of puns:

There was a case of mistaken identity: Bette Midler as one of the witches in “Hocus Pocus” does bear an uncanny resemblance.

A sighting was reported:

Someone claimed to know the llama, while others were skeptical: And one preferred to forego a reunion:

If the police were looking for sympathy, they just needed to look to their Dutch counterparts who have had to deal with other lost domesticated animals: But as always, all good things come to an end. The llama was recovered a few hours later:

The Llama Drama is over. Animal has been reunited with owner.

However, netizens still weren’t quite over it, and bad puns still kept coming, this time regarding the llama’s name:

Some asked hard-hitting questions, like pictures or the reunion didn’t happen:

Hopefully the police won’t have any more prob-llamas.  /ra