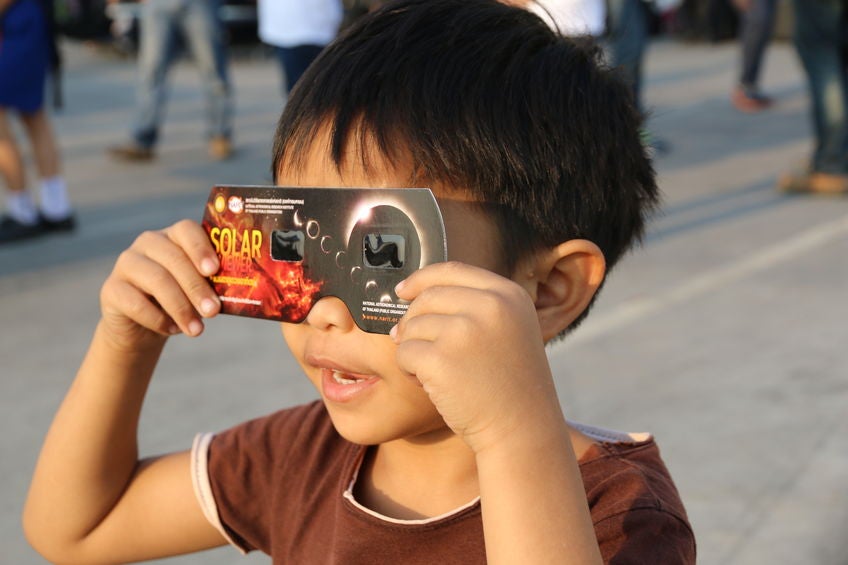 The recent solar eclipse flooded the internet with photos of the event, from regular folks to professional photographers.

Aside from that, Google also saw a sharp spike in queries regarding “my eyes hurt” shortly after the eclipse concluded.

Based on the data in Google Trends, search queries for “solar eclipse” peaked at 1 a.m. August 22, Philippine time, which would have been around 1 p.m. in the afternoon of August 21 in the United States. It was also around this time that the total solar eclipse occurred and the moon began moving out of the sun’s way.

On the other hand, queries for “my eyes hurt” spiked an hour after. This may be because the effects of staring at the eclipse unprotected is not immediately felt.

According to NASA’s Eclipse 101 guide, damage to the eye’s retina can happen within 100 seconds of looking at the eclipse. Because the retina doesn’t have pain receptors, people won’t feel a thing as their eyes get burned by the sun.

The damage will become more apparent through blurry vision, and dark or yellow spots. In the worst case scenario, a person may continue to see a black spot in the middle of one’s vision, if the retina has been permanently damaged. JB

WATCH: What not to do when taking a photo of an eclipse