ISPs warn of slower internet speeds in next few weeks 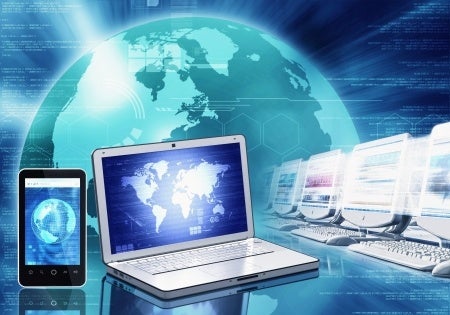 Internet users can expect slower speeds over the next few weeks as several undersea cables that link the Philippines with the rest of the world were damaged after recent powerful storms hit Hong Kong, two internet service providers warned on Saturday.

PLDT Inc. and Converge ICT Solutions Inc. said the internet quality of their subscribers could be comprised and that repairs could take anywhere from three to six weeks. Both providers said they were working on adding additional capacity.

Submarine cables, which carry telco and data signals across the ocean, are crucial components of the world’s internet infrastructure.

“Due to the recent strong typhoon in Hong Kong, multiple international undersea cable links to the city were cut, causing slowdowns of internet connections to web and social media sites hosted there. This has affected the services of internet service providers (ISPs) of various Southeast Asian countries, including the Philippines,” PLDT said in a statement.

“As one of the affected ISPs in the country, PLDT is working closely with our overseas cable partners to speed up repair work,” the telco giant said.

“Based on their current plans, our cable partners expect restoration work to be completed in about three weeks. While repair work is being done, PLDT is taking other measures to improve internet services for our Home and Enterprise customers,” PLDT added.

According to Converge ICT Solutions, at least five undersea cables connecting the Philippines to Hong Kong were cut last Aug. 27, 2017.

“Three of our international submarine cables were affected by this incident. It is estimated that it will take four to six weeks to repair all the damaged cables,” it said in a social media post.

“We have already added 10Gbps of bandwidth since last week. Earlier this morning, an additional link of the same capacity has been activated. With this, you can expect significant improvements in your internet connection. By next week, we are expecting to activate another 10Gbps of capacity so that your service will finally return to normal,” the company added.

Globe Telecom said its customers would not be affected by the damaged submarine cables.

“Globe has successfully rerouted its data traffic that goes through the affected cable systems, to its other subsea cable capacity routes. In so doing the multiple subsea cuts had no adverse impact to our enterprise clients and mobile and broadband customers. Our technical teams are closely monitoring the network to ensure voice, SMS and data services are operating at normal levels,” Yoly Crisanto, Globe senior vice president for corporate communication, said in a statement. /atm