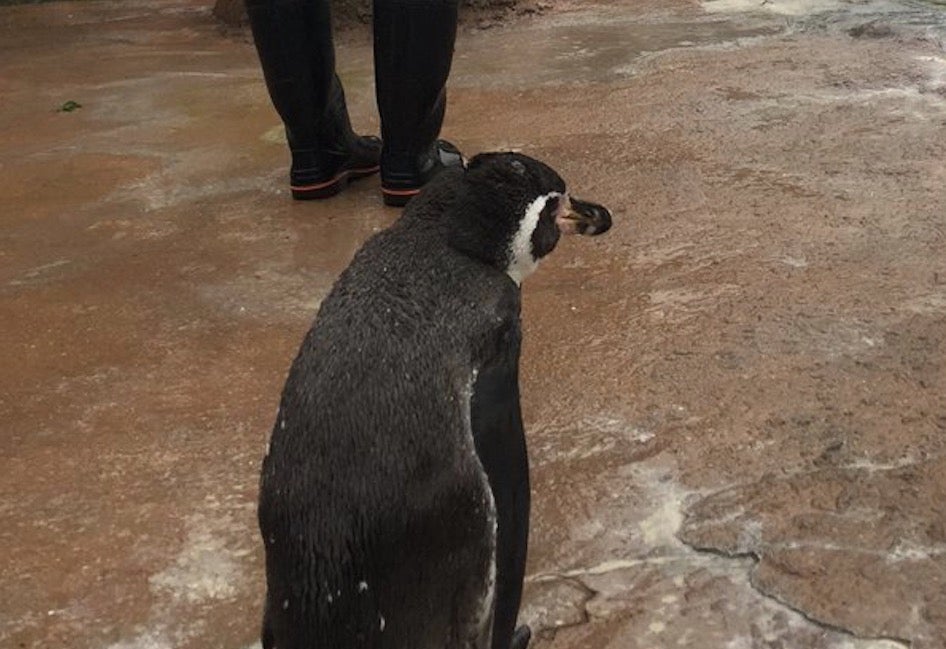 Penguin Grape-kun’s love affair with the cardboard cutout of anime girl Hululu, from the TV show “Kemono Friends”, continues. In this chapter, the two love birds had to endure a period of separation, with Grape-kun taking the brunt of its emotional consequences.

A tweet by Tobu Zoo in Japan’s Saitama Prefecture  showed an employee carrying off the Hululu cutout while Grape-kun looked, head slightly bowed as if in sadness. 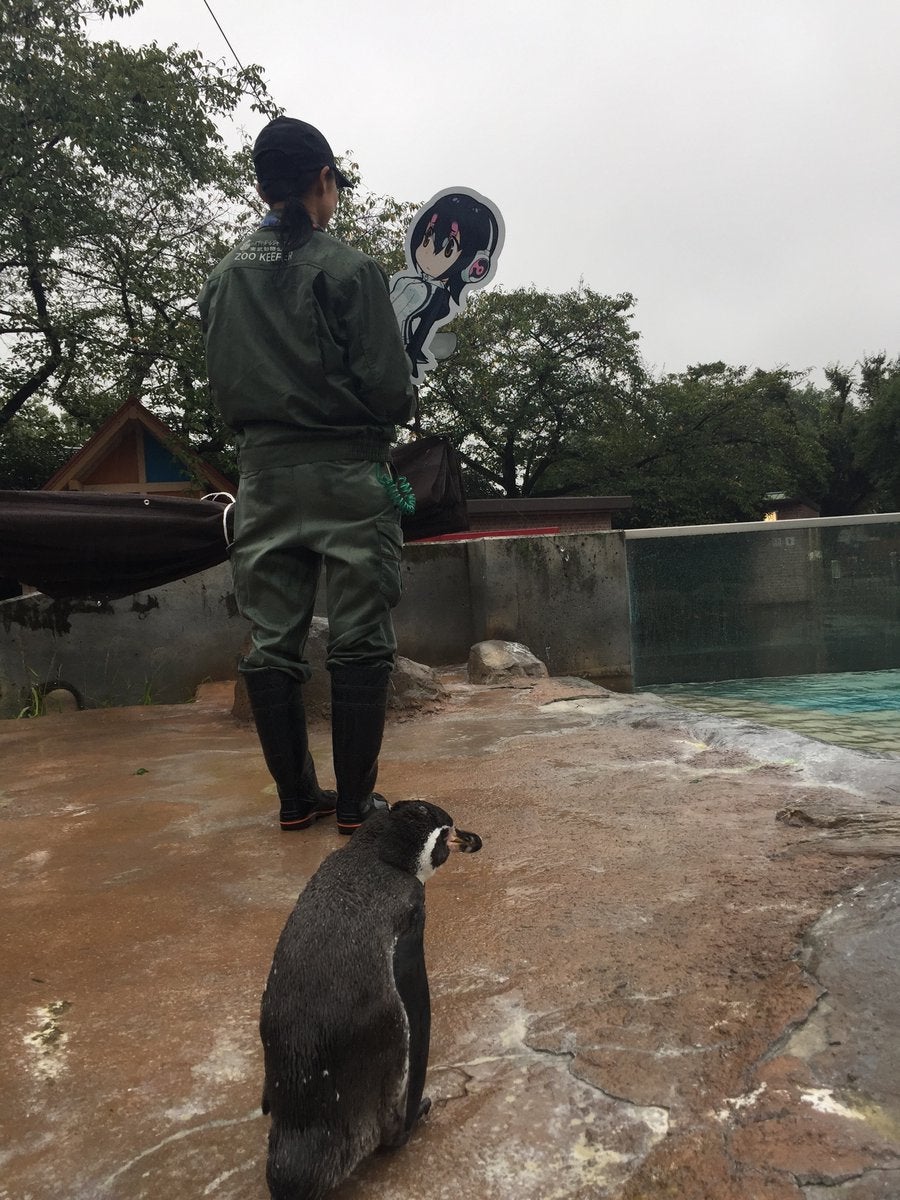 It turns out the zookeepers decided to bring the anthropomorphized Humboldt penguin Hululu in for the weekend, because they were worried that an approaching storm might damage the cardboard cutout.

Although his human caretakers meant well, Grape-kun clearly did not grasp the impending danger and stood in place with slumped shoulders as Hululu was brought into shelter.

“Due to an incoming typhoon, ‘Hululu Evacuation’ sorry Grape-kun,” wrote the administrators in the zoo’s official Twitter account. 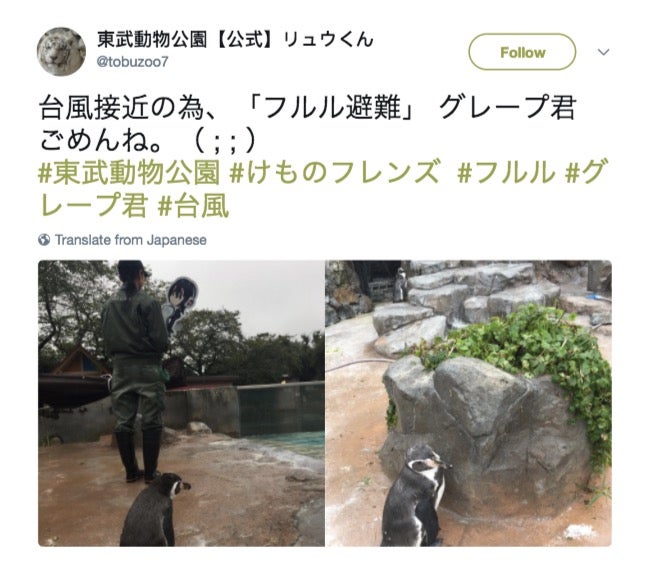 Netizens couldn’t help but feel sorry for the heartbroken penguin. “It’s alright! You’ll see each other again!” wrote one follower.

Grape-kun even got sympathy from international fans. “A Shakespearean tragedy in 2 photos,” commented @Zannzabar.

Someone shared one of the Grape-kun memes circulating the internet, which showed a teary-eyed Grape-kun begging a zookeeper to reconsider: “The first picture made me teary-eyed as it is, now more are coming out. (Image is borrowed).” 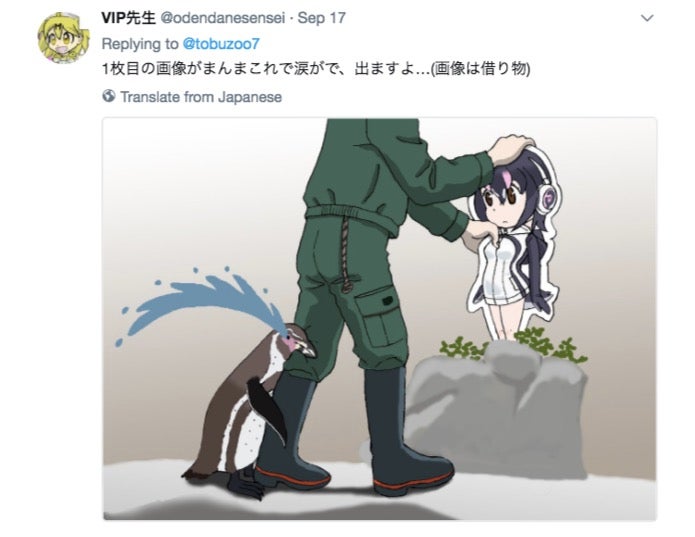 Fortunately for the penguin, a zookeeper promptly returned Hululu to her designated rock as soon as the skies cleared up. Grape-kun couldn’t be happier to see his anime girl back where she belonged. The zoo’s Twitter handlers joyfully announced his sweetheart’s return: “‘Hululu Evacuation’ I’m home Grape-kun.” JB 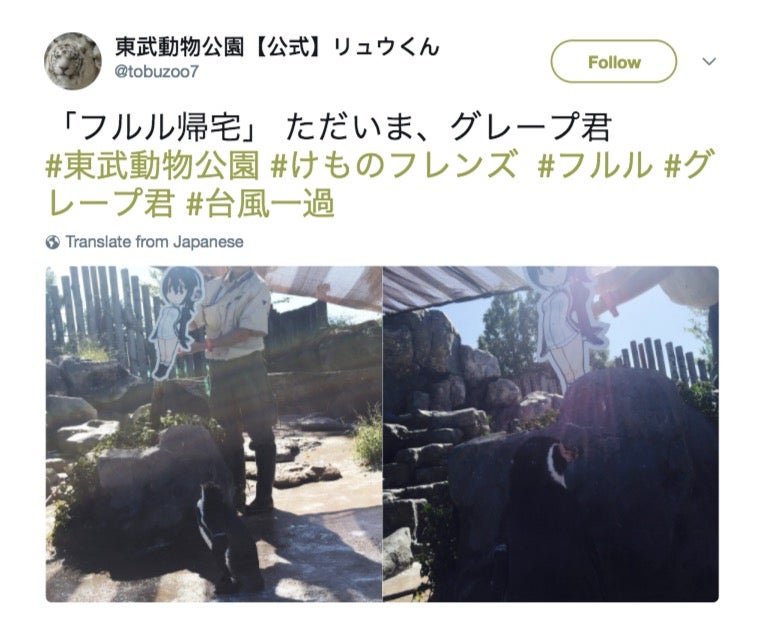 Penguin Grape-kun gets to keep cutout of anime ‘waifu’