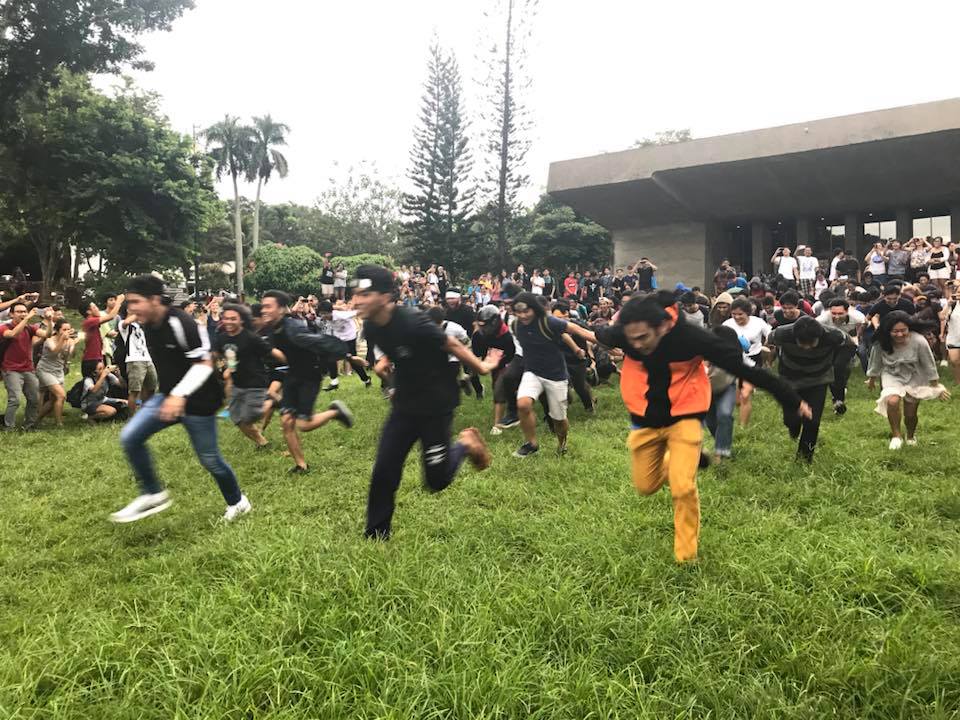 What started out as a meme became an actual event in numerous schools around the United States. Now, the trend has hit local shores, with students from the University of the Philippines-Los Baños taking up the call to run like Naruto.

Similarly organized through Facebook, the event took place on UPLB grounds, with the participants assembling in front of the D.L. Umali Hall on September 26. At the stroke of 5 p.m., the students were off to run like ninjas from the popular anime “Naruto”.

School publication UPLB Perspective covered the event from start to finish. Footage showed a good number of runners with even more spectators cheering for the would-be ninja runners before they set off.

Students appeared to have fun at the event, with some suggesting that the next one be a “Mass Super Saiyan Yelling.” 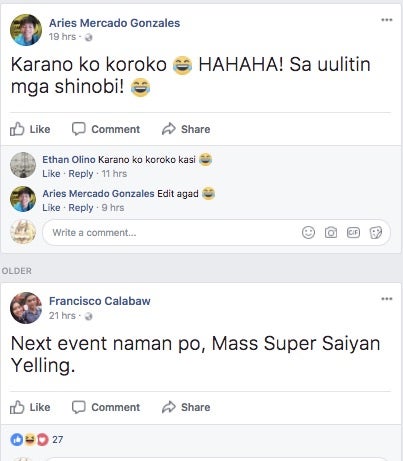 One student fell down during the run, but his misfortune quickly turned into inspiration. One commenter captioned the photo with, “when you’re failing at life pero kailangan happy pa rin (yet you still need to remain happy).” 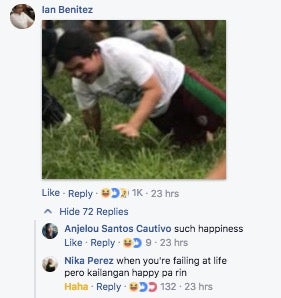 The “Naruto Run” meme was inspired by the anime “Naruto”. The anime tackled the adventures of ninja characters, who incidentally were depicted running in a unique way—hands trailing behind and upper body bent forward. Naruto also happens to be the name of the series’ main character.

A wikiHow article called “How to Run Like Naruto” was even created as a nod to this unique way of running. It has detailed instructions on how to run like one of the ninjas in the anime series. 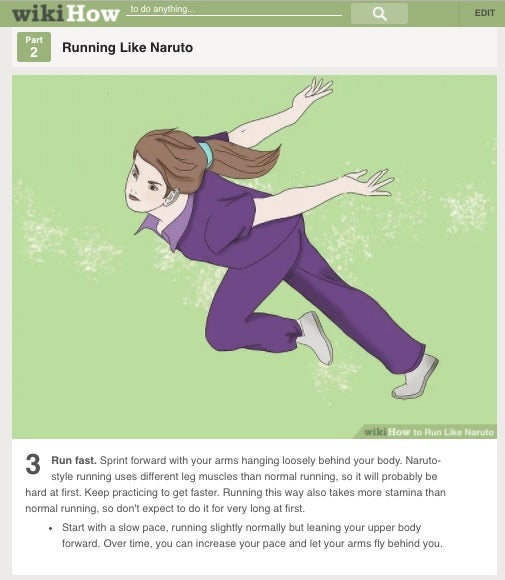 Now that UPLB students have lived the meme, which school will answer the call to have its students run like ninjas next? JB

WATCH: Pennywise the dancing clown breaks it down to the tune of random songs